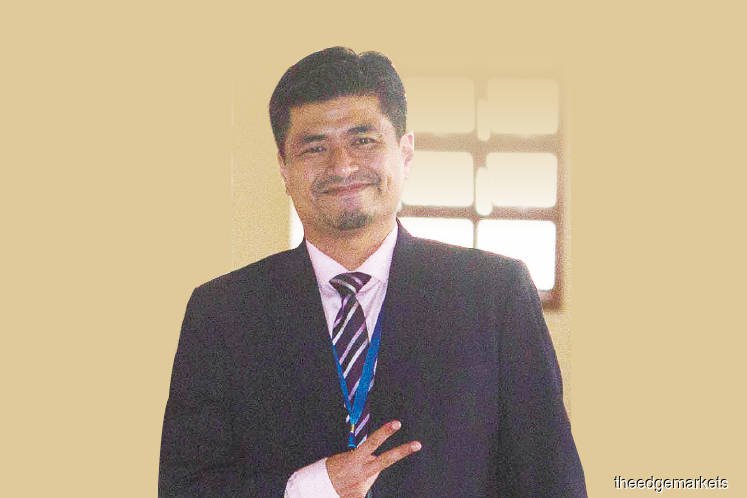 Shuzairizman Shuib, an analyst with BNM’s financial intelligence and enforcement department, said the BlackBerry phone had been seized from AmBank relationship manager Joanna Yu during a raid at the AmBank Group building here on July 6, 2015.

He told the High Court he had extracted the data at the request of BNM investigating officer Ahmad Farhan Sharifuddin. He then presented to the court a 500-page transcript of the BlackBerry Messenger (BBM) messages that he had retrieved from the phone, which was subsequently marked as evidence.

Shuzairizman, cross-examined by defence counsel Harvinderjit Singh, denied he was the source of the leak in the BBM messages or text messages purportedly depicting the exchange of messages between Yu and Jho Low.

Shuzairizman said that although he extracted the messages from Yu’s phone and those of two other AmBank relationship managers, Krystale Yap and Daniel Lee, he did not leak them to others.

“I only gave it [the data] to BNM and the MACC (Malaysian Anti-Corruption Commission),” he said.

Pressed further by Harvinderjit, Shuzairizman said: “Definitely it (the leakage) is not from me.”

The Wall Street Journal had in 2015 released reports over the purported text BBM messages between Yu and Jho Low. The messages were also produced in the book Billion Dollar Whale: The man who fooled Wall Street, Hollywood and the world.

‘SRC could have been next Petronas, but PM did not give any plans’

Earlier, former treasury secretary-general Tan Sri Wan Abdul Aziz Wan Abdullah, in his continued testimony, said SRC International could have been the next Petroliam Nasional Bhd (Petronas), but Najib had not expressed any plans for the company when instructing Retirement Fund Inc (KWAP) to expedite the approval of a loan to SRC.

Wan Abdul Aziz agreed with defence counsel Tan Sri Muhammad Shafee Abdullah that if SRC’s purpose had been achieved, it would have been another Petronas, which would have propelled the economy of the country.

Muhammad Shafee said there had been occasions in the past, whereby the paperwork for a project or vision by the government only came after works for the particular project had commenced.

He said this happened under different prime ministers in the past.

The lawyer cited the Langkawi International Maritime and Aerospace (Lima) exhibition in Malaysia and the North-South Expressway (PLUS) as examples of successful projects. Tun Dr Mahathir Mohamad, he said, launched the Lima exhibition in 1991 when he was the fourth prime minister, while PLUS was revived in the 1980s under his premiership.

“It was not wrong or inappropriate. Do you agree that there was no wrongdoing because sometimes it needs to be done?” Muhammad Shafee asked, to which the witness agreed.

The lawyer’s question was in reference to SRC’s request of a RM2 billion loan in 2011 for which Wan Abdul Aziz had been instructed by Najib to expedite approval.

Later, during re-examination, DPP Datuk Suhaimi Ibrahim referenced the same examples raised by Muhammad Shafee, stating that these projects had been completed and their benefit could now be felt by the public.

“The Lima airshow, which resulted in the building of Delima Langkawi, while it did not follow the regular processes, was the project completed?” asked Suhaimi.

“And [UEM Group Bhd’s] North-South Highway, can the people use the highway now?” asked Suhaimi.

Suhaimi then asked whether anything came out of the loan given to SRC International, and the witness replied: “No.”

Besides that, the DPP asked him whether Najib had made an impression on him regarding the plans and future of SRC International. Wan Abdul Aziz said he was only told the company required urgent financing and early disbursement of funds.

Meanwhile, the court yesterday allowed the defence’s application to seek documents stating the intention of funds totalling about RM50 million entering into Najib’s accounts between June 23 2014 and Dec 19, 2014, to show the nature of the funds entering into the former premier’s accounts.

The defence also wanted documents related to funds entering into the former premier’s accounts between Feb 24, 2011 and April 10, 2013 where the alleged RM2.6 billion donation came in, but this was denied by the court as this mainly concerns the 1MDB trial or Tanore phase.

This article first appeared in The Edge Financial Daily, on July 12, 2019.

Looking for properties to buy or rent? With >150,000 exclusive listings, including undervalued properties, from vetted Pro Agents, you can now easily find the right property on Malaysia's leading property portal EdgeProp! You can also get free past transacted data and use our proprietary Edge Reference Price tool, to make an informed purchase.
Jho Low Najib Razak SRC International Shuzairizman Shuib
SHARE
Facebook Twitter