SRC trial: Najib cannot be charged with money laundering as predicate offence has not been proven, says defence 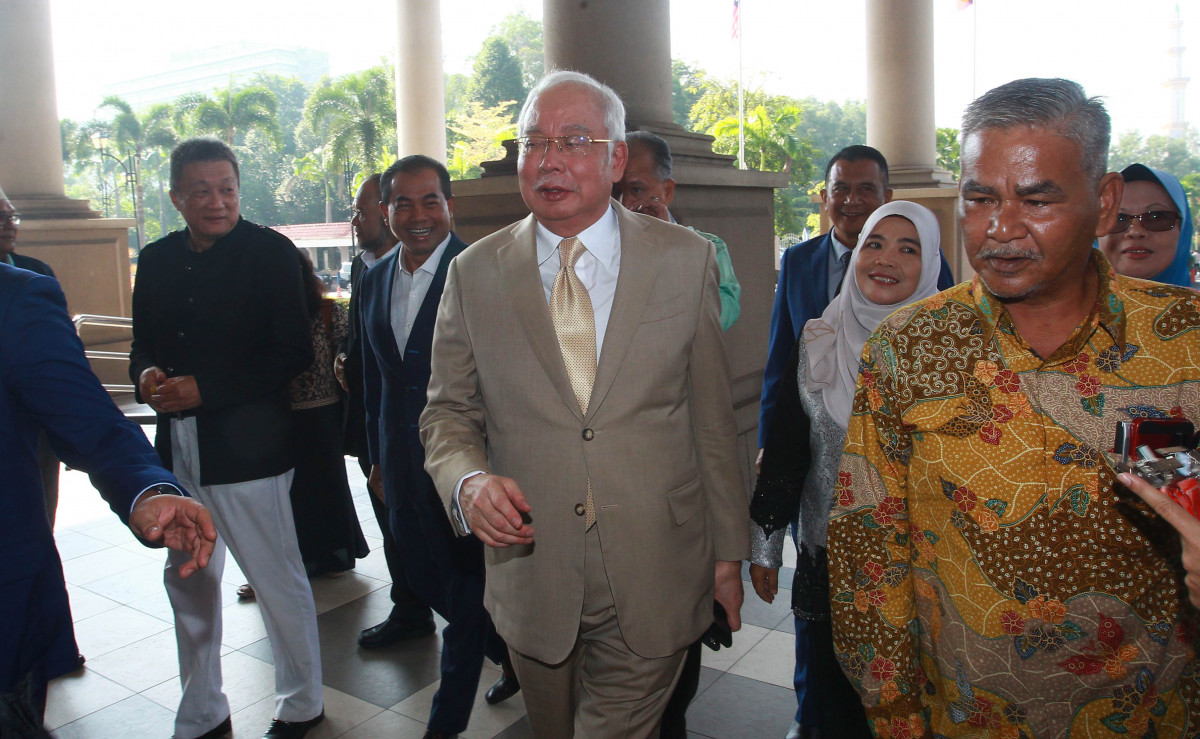 KUALA LUMPUR (Oct 23): The defence in Datuk Seri Najib Razak’s RM42 million SRC International Sdn Bhd trial has argued that the former premier cannot be charged with money laundering, as the predicate offences — criminal breach of trust (CBT) and abuse of power — have not been proven.

During his submission yesterday, lawyer Harvinderjit Singh told the court that it is not proven that the RM42 million referred to in the charges under the Section 4(1)(b) of the Anti-Money Laundering, Anti-Terrorism Financing and Proceeds of Unlawful Activities Act 2001 (AMLATFA) were derived or obtained directly or indirectly from the predicate offences that make up the unlawful activities.

He said the mere fact that the RM42 million was transacted into Najib’s AmBank accounts ending 880 and 906 does not prove the commission of the offence in the charges.

“A maximum evaluation of the evidence led in the prosecution’s case, does not establish irresistible inferences that Datuk Seri Najib committed the offences in the [Section 23 of the MACC Act] charge, the CBT charge and the AMLATFA charges,” he said.

Harvinderjit added that the bulk of evidence lead to multiple inferences that are inconsistent with any finding of culpability on Najib’s part with regards to the said offences, which lead to the conclusion that Najib did not commit the offences in the abuse of power and CBT charges, and therefore the AMLA charges cannot be made out.

Meanwhile, Attorney General (AG) Tan Sri Tommy Thomas said Najib can be charged under Section 4 of AMLATFA, without the need to be prosecuted for a predicate offence and also argued that the prosecution had proved that a predicate offence had been committed by the former premier.

“Our primary submission on AMLA is that you do not have to be convicted of a predicate offence before AMLA — it is a standalone charge. Our secondary submission is that even if we are wrong on our submission, we can prove the predicate offence, so this does not help [the defence’s] case,” said the AG, citing a decision by the Court of Appeal.

Recall that the former premier had in April attempted to strike out seven criminal charges, arguing that the charges are an abuse of the court process and defective in form and substance.

To recap, Najib has been charged under Section 4(1)(b) of AMLATFA for money laundering for receiving a total RM42 million of proceeds from unlawful activities via Real Time Electronic Transfer of Funds and Securities (Rentas) in two AmIslamic Bank Bhd accounts of his.

If found guilty, he is liable for a jail term of up to 15 years and a fine of up to RM5 million or five times the amount, whichever is higher, for each charge.

Curious how much you can borrow? Use LoanCheck to get your maximum loan eligibility from various banks, or LoanReport to get a FREE CTOS/CCRIS credit report.
SRC International Najib Razak Anti-Money Laundering Anti-Terrorism Financing and Proceeds of Unlawful Activities Act 2001 Tommy Thomas
SHARE
Facebook Twitter