KUALA LUMPUR (Nov 22): PPB Group Bhd posted a net profit of nearly 10% more to RM394.18 million for the third quarter ended Sept 30, from RM359.77 million in the same period last year, boosted by stronger contribution from Wilmar International Ltd, as well as its grains and agribusiness and environmental engineering and utilities segments.

Under the grains and agribusiness segment, profit increased 68% to RM54 million from RM32 million on the back of higher flour prices.

Its environmental engineering and utilities segment posted a higher profit of RM8 million for the quarter from RM1 million mainly due to progressive recognition of profit from new projects secured.

PPB attributed the lower earnings for the nine months to Wilmar’s smaller contribution of RM652 million for the period compared with RM682 million last year.

On prospects, PPB said the Group's main business segments are expected to perform satisfactorily and that Wilmar’s performance will continue to contribute substantially to the group’s overall profitability.

Looking for properties to buy or rent? With >150,000 exclusive listings, including undervalued properties, from vetted Pro Agents, you can now easily find the right property on Malaysia's leading property portal EdgeProp! You can also get free past transacted data and use our proprietary Edge Reference Price tool, to make an informed purchase.
PBB Wilmar 3Q Profit
SHARE
Facebook Twitter 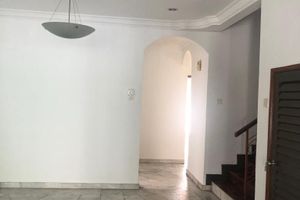