Taking the market by storm

The perfect semidee as your forever home

SOP relaxation for fully vaccinated individuals to be announced in a day or two, says PM Muhyiddin KUALA LUMPUR: The Genting Group has filed a suit against the proposed Genting Sky City development, claiming that the project does not meet development guidelines, given its location on a steep hillside which may destabilise land in the surrounding area and result in damage to the existing developments in its proximity.

GM Aero Support is the developer of the project, while Sycal, a subsidiary of Main Market-listed Sycal Ventures Bhd, is the contractor.

The Genting Group claims that the use of the “Genting” trade name for the project was done without any prior approval, licence and permission of the group.

Notwithstanding this, the group said the Genting Sky City project contravenes with the Guidelines on Development Planning in Hills and Highlands, as a substantial part of the landscape is a steep hillside with slopes at a gradient ranging from 25° to 35° or more, where development is not allowed.

It added that the proposed development will be located at more than 1,000m above sea level, where development is not allowed, except for the construction of infrastructure such as roads, tunnels, bridges, telecommunications and electricity of low intensity.

It said the development, comprising eight building blocks and two buildings for car parks, is in close proximity to the group’s First World Hotel and may result in the loss of proper or sufficient vertical or lateral support to the land, posing a risk of building collapse and landslide.

Despite this, groundworks have already commenced, as the plaintiffs noted that excavation, piling and slope-cutting works had started around December last year, posing “a serious threat to the stability of the slopes”.

The plaintiffs said that works were also carried out in contravention of the Town and Country Planning Act 1976 and the Street, Drainage and Building Act 1974, as the defendants did not acquire the relevant planning permission, development order or any approval from the Bentong Municipal Council.

The Genting Group has already contacted the council regarding the matter, with the latter ordering GM Aero Support to complete the piling works and pause development activity pending further approval.

The group wants the court to declare that the defendants had carried out the works without permission, that the proposed development is in contravention of development guidelines, as well as an order of injunction to restrain the defendants from carrying out further works.

Meanwhile, the defendants, in their affidavits, said that they had already obtained planning permission for Genting Sky City in July 2015, and subsequently in April and October 2016, following amendments to the plan for the development.

The building plan was approved by the Bentong Municipal Council on Dec 22, 2017, they said, and that another amended planning permission was subsequently granted on Oct 24, 2019.

“However, due to the misinterpretation by the local authorities, the planning permission application was processed as a new application. Following an appeal and the provision of evidence, the amended planning permission was approved as an amended application,” they said. The defendants added that the environmental management plan for the project was also obtained from the Pahang Department of Environment.

According to the Genting Sky City website, the development will comprise a 43-storey hotel and a 48-storey tower of fully-furnished commercial suites for sale, which can be leased out to tourists.

There is an e-review case management before High Court Judge Shahril Anuar Ahmad Mustapa on March 9.

This article first appeared in The Edge Financial Daily, on March 2, 2020. 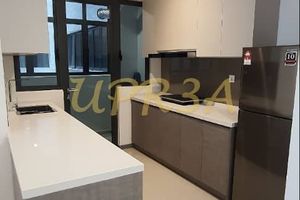 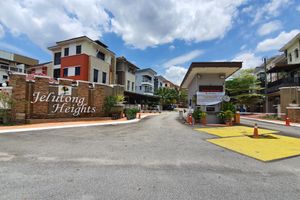 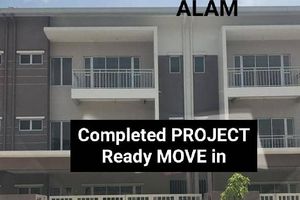