KUALA LUMPUR (July 6): The potential realignment of the East Coast Rail Link (ECRL) back to its original west-east traverse that was proposed during the times of Barisan Nasional (BN) administration could add as much as RM20 billion to its original cost of RM44 billion, said CGS-CIMB Research.

Citing a report by The Edge Malaysia weekly on the purported plan by the government to change the alignment, CGS-CIMB Research analyst Sharizan Rosely also expressed concerns about the likelihood of further delays in the project.

The analyst was neutral to negative on this news as the realignment would “mainly benefit” turnkey contractor China Communications Construction Co Ltd (CCCC), which is undertaking the majority of tunnelling works of the megaproject.

The realignment, which could affect 25% of the entire 640km ECRL track, is centred in the last section, Section C, which will see the scope switched from Putrajaya-Port Klang to the original route of Gombak-Port Klang.

“Given that the railway scheme for all three sections of the ECRL was approved in 2019 and the overall project progress was at 16%, this development was therefore a surprise to us,” Sharizan said.

Should the old route be reinstated, this will bring back the forgone tunnelling scope from Genting Sempah in Bentong, Pahang to the state of Selangor, which would cost at least another RM8 billion.

“Using the RM5 billion, RM8 billion and RM20 billion range of the potential value of additional works, the current RM44 billion total cost of the ECRL may inflate by 11.4% to RM49 billion (the minimum), 18.2% to RM52 billion or as much as 46% to RM64 billion,” the analyst added.

“We believe the realignment proposal to reintroduce the Section C scope in the overall railway scheme will need the green light from the Cabinet.

"Due to the realignment, we would not rule out further delays in the implementation of Section C,” the analyst added.

On a related matter, Sharizan opined that another mega rail project, the Kuala Lumpur-Singapore high-speed rail (HSR), could be included in the 12th Malaysia Plan (12MP) due to a lack of infrastructure projects currently.

“We retain our sector 'neutral' call [for the construction sector] and continue to prefer YTL Corp Bhd and Malaysian Resources Corp Bhd given their track records of securing sizeable HSR scopes in 2018.

“Downside risks include political uncertainties and the likelihood of a snap election in 4Q20 (the fourth quarter of 2020),” he added.

To recap, in the latest issue of The Edge Malaysia weekly, it was reported that top officials of the Ministry of Transport were mooting a reversion to the original ECRL alignment.

The old alignment included 24 stations and the Malaysia-Thailand border town of Pengkalan Kubor and Wakaf Baru in Kelantan.

Under Pakatan Harapan, the number of stations were cut to 20, while the line was realigned to go through Seremban, the constituency of then transport minister Anthony Loke, before continuing to Putrajaya and Port Klang to avoid digging a costly tunnel through the Titiwangsa mountain range.

In addition, the line was also meant to end in Kuantan, so that the ECRL would meet its objective of connecting the ports on the east and west coasts of the peninsula.

Looking for properties to buy or rent? With >150,000 exclusive listings, including undervalued properties, from vetted Pro Agents, you can now easily find the right property on Malaysia's leading property portal EdgeProp! You can also get free past transacted data and use our proprietary Edge Reference Price tool, to make an informed purchase.
ECRL China Communications Construction Co Ltd Realignment
SHARE
Facebook Twitter 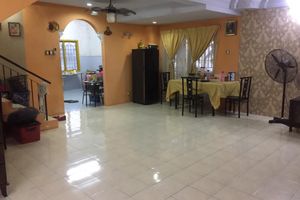 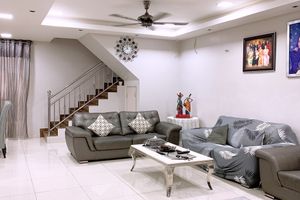 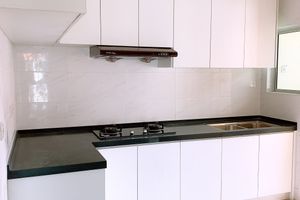 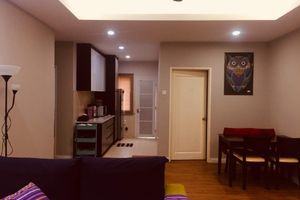