A year ago, the group’s net profit was higher at RM57.94 million, which was mainly boosted by foreign exchange gain of RM8.81 million compared to a loss of RM8.89 million in the quarter under review.

According to the group, 47 units worth RM228.2 million were snapped up by buyers. The next cities where The Modern will be unveiled are Kuala Lumpur, Singapore and Beijing.

“The much-anticipated release of these new apartments and their compelling pricing provides a unique opportunity for global property investors to become a part of the Embassy Gardens family.

Embassy Gardens Phase 2, a joint venture development between EcoWorld International and Ballymore Group, was first launched in 2015. It is expected to deliver 743 private residential units and 163 units of affordable homes across three residential blocks.

It is worth noting that EWI reported its maiden revenue from Australia 3QFY20, enabled by commencement of handover of units in West Village.

As at Aug 31, 313 keys have been delivered to purchasers of West Village. While there was a small percentage of rescissions recorded in the quarter, some of the rescinded units have been successfully resold to new purchasers subsequently, the group said in the result announcement. 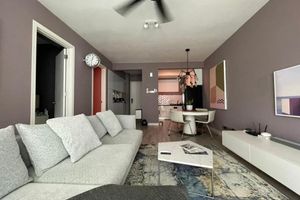