Justice Mohamed Zaini Mazlan allowed the forfeiture after deputy public prosecutor Syafinas Shabudin informed him that no third parties had come forward to claim the money after a Federal Government Gazette (notice to third parties) published by the Attorney-General’s chambers was made public on March 11.

“There are no third parties to claim all seven assets owned by Low Hock Peng,” she informed the judge, adding that Hock Peng had not appointed any counsel to represent him.

Justice Zaini then allowed the government to seize the funds in various bank accounts under Hock Peng’s name.

Speaking to reporters after the case, Syafinas said third parties were given ten days’ notice to come forward and claim the assets, however no one had come forward.

Hock Peng, along with his wife Puan Sri Goh Gaik Ewe, have left Malaysia since the change of government in May 2018.

It is understood that the cash are distributed across seven different bank accounts which include the KLCC RHB branch here and the Maybank Plaza MWE branch in Penang.

It was reported that the elder Low had kept the funds in the current and fixed deposit accounts which are now subject to the forfeiture proceedings since Jho Low was implicated in the 1Malaysia Development Bhd scandal.

“We believe that the monies were transferred from foreign companies... by Jho Low," a source told theedgemarkets.com on condition of anonymity last year.

The government made the application for civil forfeiture under Section 56 of the Anti-Money Laundering, Anti-Terrorism Financing and Proceeds of Unlawful Activities Act 2001, which allows the government to forfeit a property without a prosecution.

Media reports in January said police are looking for Hock Peng and his wife Goh since 2018.

Curious how much you can borrow? Use LoanCheck to get your maximum loan eligibility from various banks, or LoanReport to get a FREE CTOS/CCRIS credit report.
Larry Low Hock Peng Jho Low 1MDB
SHARE
Facebook Twitter 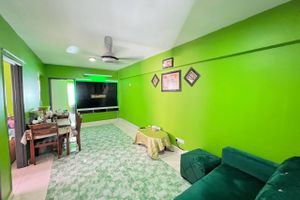