The hearing in the Court of Appeal was originally scheduled to be held on March 24, but it has since been postponed to Aug 24.

Haaziq also confirmed that the appeal hearing will be conducted by Zoom due to Covid-19 restrictions.

"They (lawyers for the defendants) wrote to the Court of Appeal seeking an adjournment on the grounds that their senior counsel Gopal Sri Ram was not available on the said date," Haaziq told The Edge.

Haaziq said he had objected to the request but the Court of Appeal allowed the postponement.

Rewcastle-Brown is appealing a decision by the High Court in 2019, allowing Sultanah Nur Zahirah's application to dispense with the need for her to testify in person in her defamation suit. The court granted her application under Order 14A for the case to be decided through points of law.

The Sultanah alleged that Rewcastle-Brown made a disparaging statement about her in "The Sarawak Report — The Inside Story of the 1MDB Expose".

She claimed that the statement could be taken to mean that she was involved in corrupt practices and interfered in the state's administration, besides using her status to influence the establishment of the Terengganu Investment Authority (TIA), which later became 1Malaysia Development Bhd (1MDB).

Sultanah Nur Zahirah also alleged that the statement had construed her as having helped businessman Jho Low become the adviser of TIA.

She contended that she had never involved herself in the administration of Terengganu and establishment of TIA and therefore the statement had slandered and tarnished her reputation.

The Sultanah is claiming general damages of RM100 million from each defendant and also seeking an order for the publisher to withdraw the book and for the printer to stop printing it. 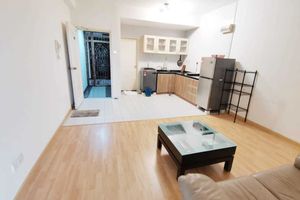