Kuala Lumpur’s Cheras has certainly received a significant boost with the opening of Sunway Velocity Mall (SVM) in 2016 as it quickly became a new landmark for the area.

The development, with the eye-catching mall in particular, has brightened up its immediate vicinity with colour and vibrance – breathing new life into an area which, despite being a food hot spot, used to be run-down and cluttered with squatter settlements, old car workshops and other small businesses.

Built by Sunway Group and managed by Sunway Velocity Mall Sdn Bhd, the challenge was to create a catalyst for growth to arrest the area from sinking into irrelevance and catapult it into a shopping and leisure destination – a feat they have undoubtedly achieved. 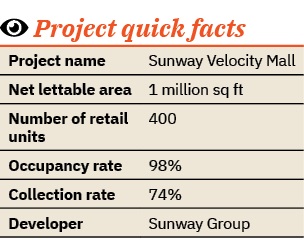 At the EdgeProp Malaysia’s Best Managed & Sustainable Property Awards 2021, SVM was awarded Gold in the Below 10 Years – Retail category.

“I would like to congratulate the team, all my colleagues in Sunway, the tenants of the mall and everyone who has played a part in this,” says Sunway Bhd property division managing director Sarena Cheah who points out that it is a well-deserved win for the mall’s management team.

Cheah adds that as a Master Community Developer, they intend to remain a lifelong co-investor within all its townships for the sake of the respective communities.

Cheah explains that its unique “build, own and operate” business model helps to create a win-win proposition by offering synergistic facilities and amenities to help make its communities more holistic.

“There are many aspects to look at for a mall – maintenance, capable management, financial sustainability and relevance, among others. SVM’s win is a testament that we can manage our commercial buildings well.”

When it officially opened its doors in 2016, it was with 80% occupancy rather than 50-60% commonly achieved by new malls.

“Cheras and its more than 100 residential precincts were obviously under-served. There was a large void in terms of a world-class mall, carefully integrated developments and a mass cluster of retail brand offerings covering fashion, leisure and entertainment as well as F&B,” says SVM general manager Phang Sau Lian.

During pre-pandemic times, the mall welcomed up to 1.3 million visitors monthly. This has fallen to 800,000 due to the Covid-19 movement restrictions but occupancy has remained at a strong 98%.

Getting back on track

“It was very challenging after having poured a large amount of investment into the business.

“Thankfully, we were provided with rental waivers and flexible operating times while our feedback was always heard. Because of this, we believe that the worst has passed and the good times will soon arrive! We truly feel secure and cared for by the mall,” says Lee.

To overcome the detrimental effects of the pandemic, SVM focused heavily on its crisis management and business continuity plan which helped tenants pull through the MCO and Conditional MCO periods where traffic was close to zero. The mall undertook many sales-driven campaigns, among other efforts, to help boost sales and bolster the confidence of patrons and tenants. “We increased our temperature checks to twice daily, increased our sanitisation schedule and made sure that check-ins were complied with to help minimise the risk of infection for all malls’ and retailers’ staff and of course, the community,” shares Phang.

An initial investment of RM350,000 was used to acquire and engage equipment and sanitisation services including an Ultraviolet Germicidal Irradiation, and an infrared and facial detection thermometer at all entrances. A Hygiene, Safety & Health Guidelines manual was also created for all its business partners.

With one million sq ft of net lettable area and 4,800 parking bays, the mall consists of seven levels, five precincts and two link bridges to the Cochrane and Maluri Mass Rapid Transit Stations. It functions smoothly as a result of its solid management and operations team of 126 employees, guided and supported by Sunway Malls’ Centre of Excellence and Sunway Property & Facility Management teams.

“SVM has set aside about RM60 million for progressive enhancements in which some have been completed, some are in progress and some are in the pipeline,” Phang reveals. It is currently widening the pathway at Jalan Peel to help expand the area for al-fresco dining while converting a stretch of fashion outlets leading towards the main atrium into an F&B belt to be completed in 2022. It is also exploring ways to expand its Basement 1 car park facilities to provide an additional 39,000 sq ft of mall space, planned for 2023.

SVM’s retail tenants can also look forward to a new online sale avenue, earmarked for launch in May, to help boost their turnovers.

Meanwhile, Sunway Velocity TWO (SV2) will be built on an 8.4-acre site, situated directly opposite SVM. The land was acquired in 2020 and will have an estimated gross development value of RM2 billion to be developed over the next 10 years. SV2 will comprise four residential towers, office blocks and retail units at the podium level.

This story first appeared in the EdgeProp.my E-weekly on April 9, 2021. You can access back issues here.

Curious how much you can borrow? Use LoanCheck to get your maximum loan eligibility from various banks, or LoanReport to get a FREE CTOS/CCRIS credit report.
BMSPA2021 Sunway Velocity Mall EdgeProp Malaysia’s Best Managed & Sustainable Property Awards 2021
SHARE
Facebook Twitter 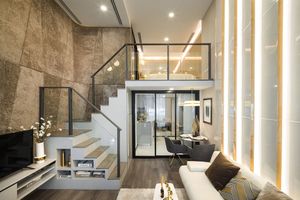 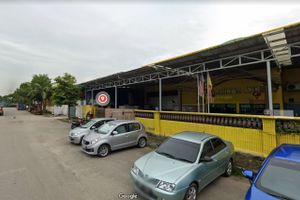 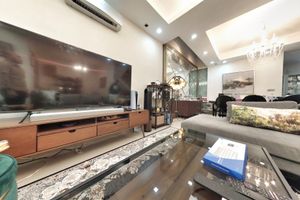 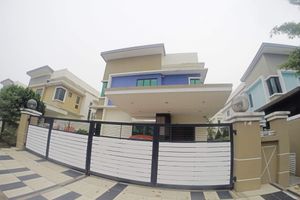 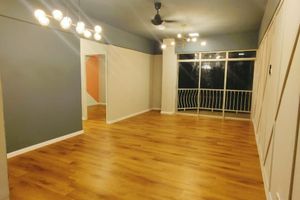 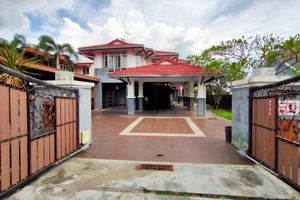