KUALA LUMPUR (May 6): Knight Frank London saw record-breaking activities in March, laying the groundwork for sustained momentum going into the summer as the UK economy reopens. It witnessed the highest number of exchanges, offers made, offers accepted and new prospective buyers registering with the firm in 10 years.

Viewings and market valuation appraisals also move ahead of the five-year average for the first time in 2021, after a period of limited supply, as sellers held off due to the pressures of homeschooling during the lockdown and concerns about new Covid-19 variants.

In a press statement, Knight Frank Malaysia associate director for international residential project marketing Dominic Heaton-Watson noted that March has proved to be a record-breaker in the capital’s sales market.

“While January and February saw high levels of transactional activity and strong buyer demand, the combination of a stamp duty holiday, positive economic data, and the pace of the vaccine roll-out saw March’s activity reach a new level,” he said.

“The stamp duty holiday, initially due to end in March but deferred by six months with a taper, would have been less of a motivating factor in prime markets in the capital. However, the introduction of a 2% stamp duty surcharge for overseas buyers from April will have driven activity, despite travel restrictions.”

The stamp duty holiday and the furlough scheme extensions have changed the landscape for the housing market in 2021, and Knight Frank has since revised its forecasts. It now expects UK house prices to increase by 5% this year, rising from a forecast of zero at the start of this year.

Knight Frank expects residential price growth in the wider UK to outperform Greater London in 2021, as the impact of the tapered stamp duty holiday extension drives demand in lower-value markets more consistently through to the end of September.

According to Heaton-Watson, the forecasts for prime outer London and prime regional markets have remained largely unchanged, as both areas continue to benefit from a drive for more space and greenery.

“Cumulative growth from 2021 to 2025 still places Prime Central London (PCL) as the top performer (+25%) in the post-Covid boom and remains the preferred destination for Malaysian property buyers," said Heaton-Watson, who advises Malaysia-based clients on international property.

Meanwhile, with a higher proportion of domestic buyers, Knight Frank reckons the strong activity levels in Prime Outer London (POL) is an indication that the 2% overseas surcharge was only one of several factors driving activity in PCL.

As for the rental market, Knight Frank said declines may have bottomed out, as demand grows faster than supply for the first time since the start of the pandemic. While average rents in PCL declined 14.3% in the year to March, Heaton-Watson reckoned demand has been curtailed by international travel restrictions, as supply has spiked on the closure of the short-let market.

“Furthermore, demand grew faster than supply in PCL last month for the first time since November 2019. The number of new prospective tenants increased by 167% in March, compared to March last year. Meanwhile, the number of market valuation appraisals rose by 127% over the same period.”

With the gradual reopening of the UK economy and high demand for staycations, Knight Frank believes there will be a longer-term reduction in the quantity of stock on the long-let market, which should help ease downwards pressure on rental values.

Also, there were 5% more tenancies started in the first two months of this year compared with last year, as tenants took advantage of falling rents.

For the superprime (£5,000+/week) lettings market in London, there were only 15 tenancies in the first two months of 2021, compared to 137 tenancies during the same period last year. However, 87 of the 137 tenancies were signed between July and December, making it the second most active equivalent period in the last seven years. 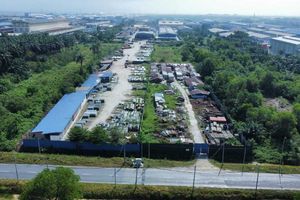 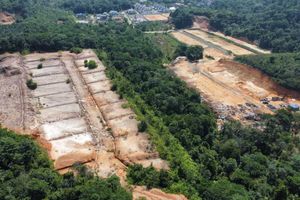 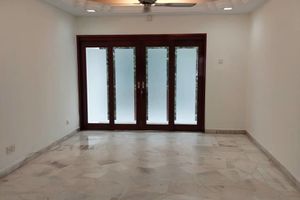 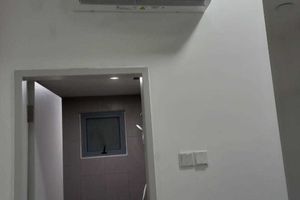 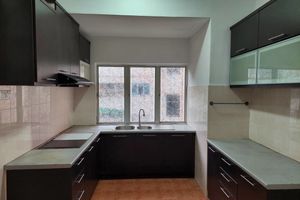