A notice to remove Ismee and Shahrol from the suit was made on July 22 by law firm Rosli Dahlan Saravana Partnership.

The suit will have its case management next Tuesday (Aug 3) before Justice Datuk Ahmad Fairuz Zainol Abidin.

Ismee was a key witness in Najib's SRC criminal trial where the former premier was found guilty of abuse of power (for his role in approving the RM4 billion loans by Retirement Fund Incorporated or KWAP) and criminal breach of trust and money laundering (involving RM42 million of the company's funds).

Najib was sentenced to 12 years’ jail and fined RM210 million, and a decision on his appeal against the conviction and sentence to the Court of Appeal is currently pending.

Shahrol, meanwhile, had testified in the ongoing 1MDB-Tanore trial, which is set to resume next month with his successor Mohd Hazem Abdul Rahman to be further cross-examined.

Shahrol was the CEO of 1MDB during the fund’s inception, when it was known as the Terengganu Investment Authority.

The suit against the former officials was among 16 filed by SRC against various individuals and entities who allegedly received funds from the company.

SRC was set up as a strategic resource company focusing on alternative energy sources to meet Malaysia's needs in the future.

Today, SRC also filed a 80-page statement of claim with respect to the suit against Najib, Suboh, Azhar, Rashidi and Nik Faisal, where the company is accusing them of breach of duties, breach of trust, receipt of wrongful property, dishonest assistance, conspiracy and wrongful conversion of SRC property.

According to the statement of claim, the defendants were also allegedly involved in abuse of power or authority, dishonesty and misappropriation of SRC funds and acting with the knowledge or probability of harming the company.

The company claimed Najib as the advisor emeritus and leader of the government supported the company and gave the go-ahead for it to get the RM4 billion loans from KWAP in 2011 and 2012, leading to the bulk of the funds to be transferred overseas and not recovered.

It claimed that Najib changed the investment structure of which the loans were supposed to be utilised — from the facility agreement — going against Bank Negara Malaysia's (BNM) requirements.

The firm further showed the money trail in the utilisation of the fund, including a sum of US$120 million that had allegedly gone into the former premier's account or placed under his control and a sum of US$82,000 that was allegedly transferred to his proxy Nik Faisal.

The firm claimed that after Najib's fall from power, detailed investigations were done into all the transactions, and it noticed that crucial documents linked to the fraud committed against SRC were destroyed.

In January 2019, the company was placed under the care of the Ministry of Finance (MoF), where the various fraudulent transfers and embezzlement of money made were discovered.

SRC claimed that Najib helped approve the KWAP loans in a bid to misappropriate and embezzle the funds.

The company further claimed that Suboh, Nik Faisal, Azhar and Rashidi ought to have known that the proposed investment funds were for a specific purpose of investment activities but were instead utilised for something else, where they authorised the utilisation of the funds resulting in the fraudulent or wrongful transfers.

The company also claimed that the four of them conspired to wrongly injure SRC, resulting in it going against BNM's requirements.

Hence, SRC is seeking a declaration from the High Court that Najib and the four others are liable to account for the losses due to their fraudulent breach of duties and trust.

The company also seeks an order that they pay the US$1.18 billion in losses suffered by the company and damages for breach of duties and trust.

Looking for properties to buy or rent? With >150,000 exclusive listings, including undervalued properties, from vetted Pro Agents, you can now easily find the right property on Malaysia's leading property portal EdgeProp! You can also get free past transacted data and use our proprietary Edge Reference Price tool, to make an informed purchase.
SRC 1MDB Money laundering KWAP
SHARE
Facebook Twitter 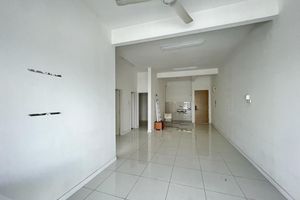 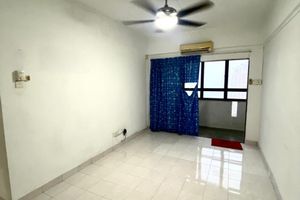