Based on the latest data from the Covid-19 Immunisation Task Force (CITF),  a total of 3.17 million adults or 37.7% of the total population in the Klang Valley had received their two-dose vaccination as of yesterday.

A total of 6.23 million adults in the three states — Selangor, Kuala Lumpur and Putrajaya — had received at least their first dose, translating into 74% of the total population in the Klang Valley.

Cumulatively, 24.54 million Covid-19 vaccine doses had been administered across the nation.

Out of the total, 15.77 million people or 48.19% of the country’s population had received at least one dose of the vaccine, including 8.77 million or 26.8% who were fully inoculated, according to the latest updates on Twitter by the Special Committee for Ensuring Access to Covid-19 Vaccine Supply (JKJAV). 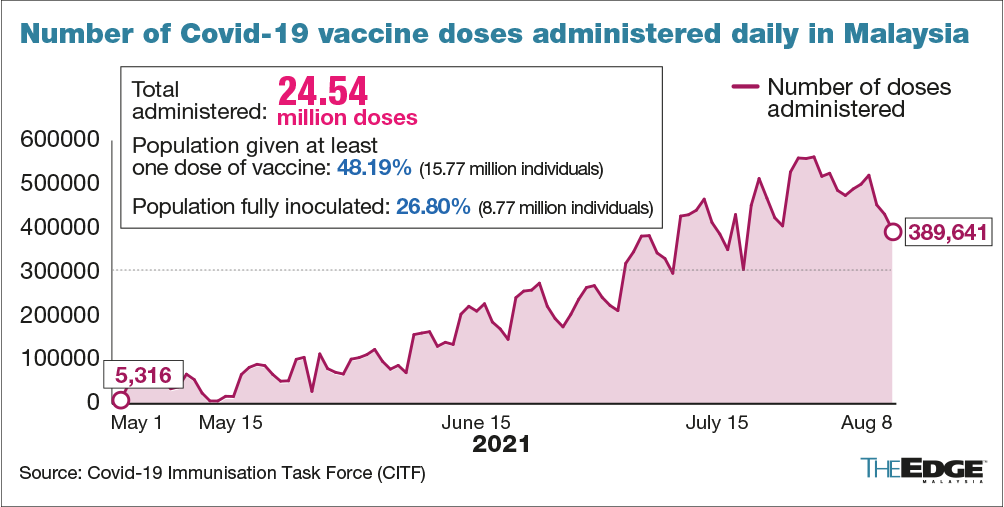 Separately, Malaysia’s daily Covid-19 fatalities hit a new high of 360 yesterday, lifting the cumulative death toll to 10,749. Prior to this, the highest number of deaths reported was 257 last Wednesday (Aug 4). 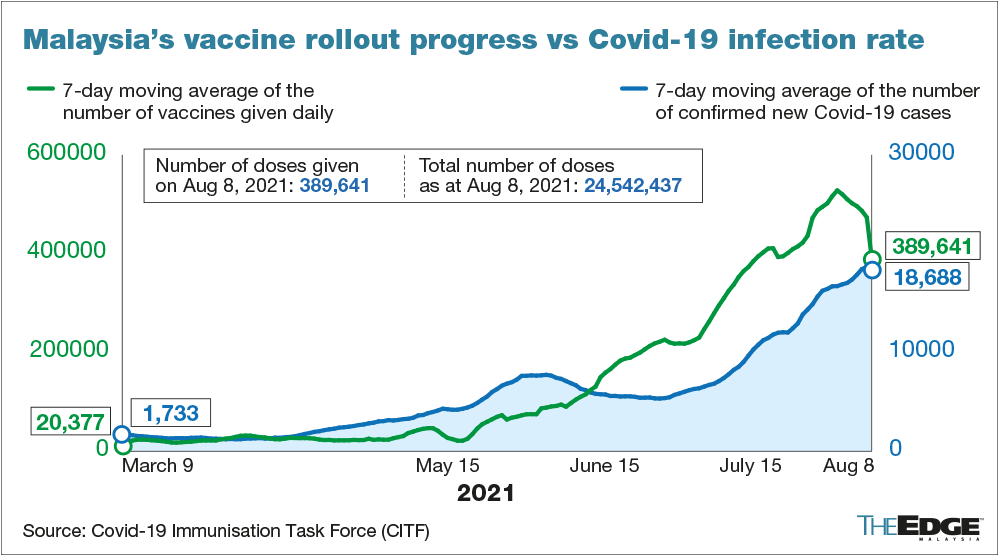 Active cases, which carry high transmission risk, increased further to 225,393 — the sixth straight day of the figure staying above the 200,000 mark. 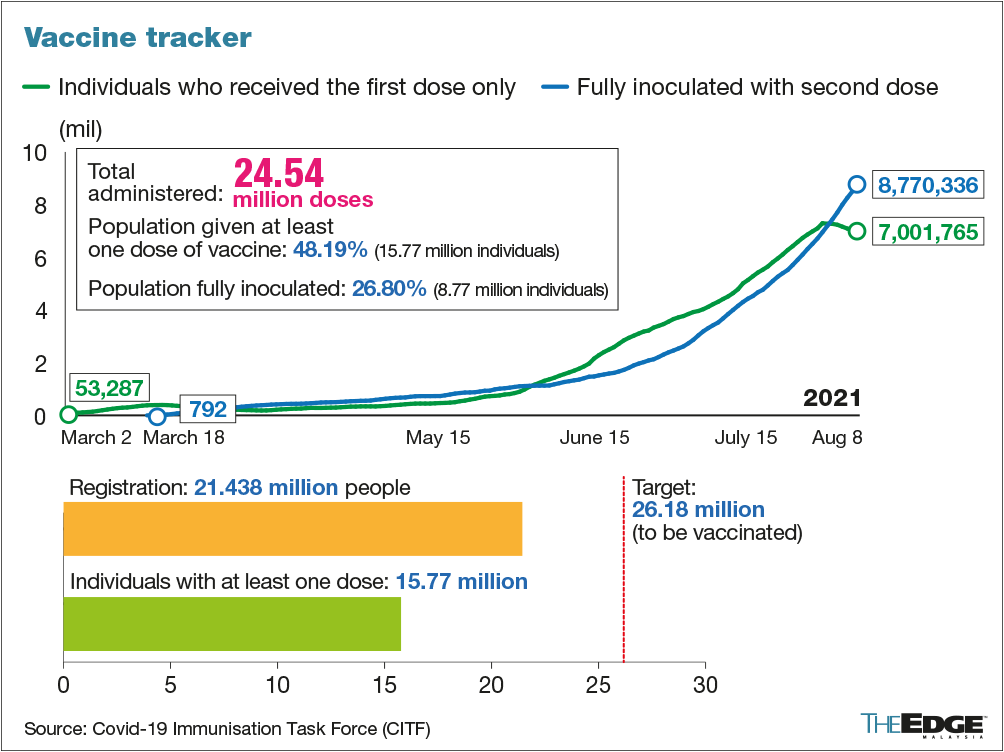 Selangor reported 6,565 new infections — the lowest in five days — after the daily number soared above 8,000 previously, and down from 7,084 on Saturday (Aug 7). Kuala Lumpur came in second, reporting 1,883 cases (down from 2,450 on Saturday), according to a tweet by Health director-general Tan Sri Dr Noor Hisham Abdullah.