KUALA LUMPUR (Aug 23): The High Court has fixed Oct 27 to deliver its decision on the judicial review application by Semantan Estates (1952) Sdn Bhd against the government over a dispute involving land in Jalan Duta (now Jalan Tuanku Abdul Halim).

Following submissions by the parties via a Zoom hearing today, Justice Datuk Ahmad Kamal Md Shahid said he will deliberate on the matter before delivering his decision by way of email to the parties.

In the application filed in 2017, Semantan Estates named as respondents the Malaysian government, federal lands commissioner, minister with the responsibility for land in the federal territory, natural resources and environment minister, director-general of the Lands and Mines Department, director of lands and mines (Federal Territory) and Federal Territory registrar of titles.

During submission today, Semantan Estates’ lawyer Ira Biswas told the judge that the application is merely to claim back the land from the government, which the court had previously declared to be unlawfully taken from the applicants. As such, the judicial review application, she argued, is to give effect to the previous court order.

Biswas was referring to the March 2010 ruling in which the High Court declared that the government had not taken the land lawfully and "hence has remained in unlawful possession of the said land".

"We say there is a public duty on the part of the respondent, i.e. the government, to comply with the judgment, and to give effect to the judgment, which is basically to transfer and hand back the land to the applicant.

"The court does not give meaningless or academic declarations. So once the court has declared that the land was unlawfully taken, then the government must give effect to it," she added.

The land in question, covering 106.7ha, has been the subject of a long legal battle since 1960 when Semantan Estates disputed the RM1.32 million compensation awarded by the federal government to take over ownership of the land.

The respondents were represented by senior federal counsel S Narkunavathy, who submitted today that Semantan Estates has also filed an originating summons seeking to enforce the same declaratory judgment over the same subject matter, which is the land.

She argued that Semantan Estates should only resort to one legal recourse, as opposed to both the judicial review application and the originating summons.

"It is because the relief they are seeking is mandamus, and we have cited case laws where the court has been reluctant to grant orders for mandamus where there is another remedy available to the applicant," she submitted.

An order of mandamus refers to an order from a court to inferior government officials ordering the officials to properly fulfil their official duties.

The Edge Malaysia weekly reported in July 2013 that the tussle between Semantan Estates and the government dragged on for more than 50 years for a number of reasons, including issues between the two families that started Semantan Estates and mistakes and delays caused by the collector of land revenue.

According to the report, Semantan Estates in 1989 sued the government for "trespassing" on the grounds that it had taken possession of the land unlawfully.

Although the government initially succeeded in getting the High Court to strike out the suit, Semantan Estates went all the way to the then Supreme Court, which ruled in its favour and allowed the suit to proceed.

But it was close to 20 years before the trespassing case was finally heard and decided by the High Court in 2010.

The High Court had also ordered the government to pay mesne profits (profit accrued during a dispute over land ownership) as damages to Semantan Estates.

Looking for properties to buy or rent? With >150,000 exclusive listings, including undervalued properties, from vetted Pro Agents, you can now easily find the right property on Malaysia's leading property portal EdgeProp! You can also get free past transacted data and use our proprietary Edge Reference Price tool, to make an informed purchase.
Semantan Estates Jalan Duta Jalan Tuanku Abdul Halim
SHARE
Facebook Twitter 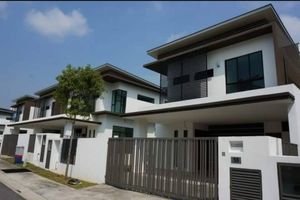 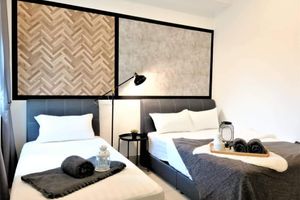 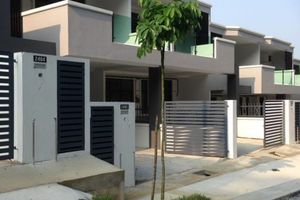