A three-storey intermediate terraced house in the upscale neighbourhood of Desa Sri Hartamas, Kuala Lumpur has been listed on the market with an asking price of RM2.5 million.

Originally only a two-storey, the house was renovated and extended with an additional floor. Altogether, the terraced house has a total floor area of 3,000 sq ft sitting on a 1,575 sq ft of land area.

Based on the built-up, the asking price translates to RM833 psf/RM1,587 psf (against land size).

This unit was listed by EdgeProp PRO Agent Freeman Woo, a senior real estate negotiator of Kith and Kin Realty.

The house has six bedrooms and six bathrooms with the master bedroom that comes with a walk-in wardrobe located on the top floor. There is a balcony-turned-gym/recreational room on the top floor as well. On the ground floor, the living space has been designed with an open layout concept featuring a comfortable size living room that includes the dining room. Equipped with a wet and dry kitchen separated by a sliding door is located at the back of the house. Commenting on the unique qualities of the house: “What makes the house unique is the fact that it has been renovated to be more children-friendly, especially on the first floor.”

On the first floor, Woo shared that the previous owner had renovated it for the benefit of their children. Once entering the first floor, you will be greeted by a personal library as shelves have been added. Additionally, there is a playpen with a netting area and a mini doorway which leads into one of the bedrooms. Additionally, the house has also been furnished with un-plasticised polyvinyl chloride (uPVC) windows and doors that allows for sound-proofing. This addition was made by the owner as the house is located nearby the highway, Woo explained.

Therefore, for buyers considering the house but dislike its vicinity to the highway need not worry about the noise disturbance.

Other benefits of uPVC windows and doors include low maintenance, durability, longer lasting, security, insulating, good ventilation, environment friendly and     flame retardant. You could also     customise according to the sizing of your windows and doors for the perfect fit.

Woo shared with EdgeProp.my that the owner had decided to sell the property as they had decided to relocate from Desa Sri Hartamas to Subang Jaya in order to be closer to their workplace.

“The owner had bought the house six years back for their own use and called it their home for the past five years,” as Woo added that they spent almost one year renovating the house before moving in.

Commenting on the cost of renovation which had amounted to an estimation of RM1 million, it certainly translates on the pricing tag of the house.

According to Woo: “The asking price for a double-storey terrace house in the area normally is priced around RM1.9 million, RM1.6 million for older units. However, for a house like this, with further extension, it only makes sense that the cost is higher.”

He added that the owner had valued the home at RM2.5 million by comparing it with end lot units in the neighbourhood.

Desa Sri Hartamas is an affluent residential neighbourhood in Kuala Lumpur where it consists mainly of landed properties such as terraced houses and bungalows.

Within its proximity, Desa Sri Hartamas has commercial hubs nearby for the convenience of its residents. Meanwhile, there are several international schools in the area as well with an international kindergarten located right in the neighbourhood itself - Garden International Pre-school.

Desa Sri Hartamas makes up one of the most sought-after neighbourhoods by expatriates seeking their humble abode in Kuala Lumpur.

As of early-March 2022, apart from this listing there are two units of two-storey intermediate terraced houses in Desa Sri Hartamas listed for sale on EdgeProp.my with an average asking price of RM1.69 million or RM1,024psf (land area) / RM765psf (built-up).

Looking for properties to buy or rent? With >150,000 exclusive listings, including undervalued properties, from vetted Pro Agents, you can now easily find the right property on Malaysia's leading property portal EdgeProp! You can also get free past transacted data and use our proprietary Edge Reference Price tool, to make an informed purchase.
EdgeProp PRO Agent Desa Sri Hartamas
SHARE
Facebook Twitter 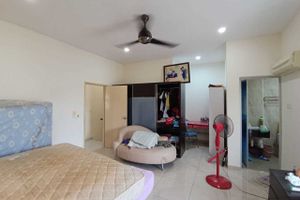 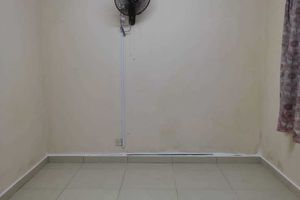 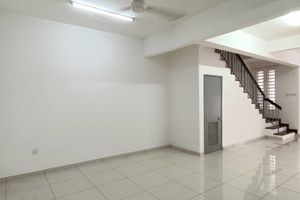 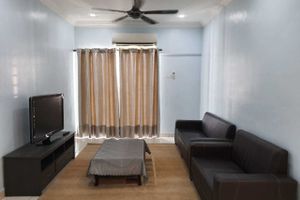 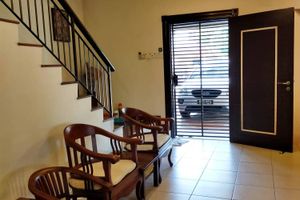