The Asia-Pacific Prime Office Rental Index for 1Q2022 increased 0.8% quarter-on-quarter (q-o-q), after rising by 0.3% in the preceding quarter – indicating a sustained economic recovery from 4Q2021. This is despite a turbulent first quarter of the year with multiple resurgences of Covid-19 in several markets, accelerating inflation and the Russian invasion of Ukraine weighing down market sentiments, said Knight Frank.

Overall, the index is up 0.2% year-on-year (y-o-y). Vacancy remains elevated at 13.1%. Knight Frank expects this figure to reduce further as more Asia-Pacific markets open up their economies and tenants in the tech industry continue to seize opportunities for prime spaces in central business districts (CBD) at low rents.

However, prime office rents in Kuala Lumpur saw a 2.1% decrease y-o-y in 1Q2022, with no changes compared to the previous quarter. Rents are forecasted to decrease for the next 12 months.

Overall though, office rents are presumed to have reached their troughs at the moment, and landlords are also gradually increasing their asking rents in tandem with the returning demand.

“The pace of recovery in the office sector will continue to pick up this year in tandem with the uptick in economic activities and improved business sentiments. Demand for space is expected to increase with more workers returning to the office and as organisations firm up their physical workplace planning.

“An estimated 495,850 sq m of space is scheduled to enter the KL market by the end of 2022 and this will continue to exert pressure on rentals. Notable upcoming completions include Merdeka 118 Tower, PNB 1194, Felcra Tower, Aspire Tower @ KL Eco City and The MET Corporate Towers,” she added.

Meanwhile, the report also highlighted that out of 23 cities tracked by the index, more cities (21 cites) recorded stable or increased rents this past quarter compared to 13 in the previous quarter.

Shanghai recorded the highest y-o-y rise in 1Q2022 at 4.2% while Shenzhen continued its decline trend by 4.5% y-o-y for the same period.

On a quarterly basis, Bengaluru saw rents increasing by 5.8%, up from the 1% q-o-q improvement for the preceding quarter.

Knight Frank global head of occupier strategy and solutions Tim Armstrong said the growth forecasts for the region could be lower than what were projected. “Nevertheless, the Asia-Pacific market is not as directly impacted by the macroeconomic uncertainties as other regions. Particularly in countries where there is sustained optimism over re-opening, corporates are choosing to take more decisive leasing decisions in view of the rising material costs and construction delays,” he pointed out.

Knight Frank Asia-Pacific head of research Christine Li said: “There are still mixed signals particularly in developing countries where office leasing demand is still in a state of flux. As economic recoveries hinge significantly on foreign direct investments, the macroeconomic environment now is making things more unpredictable than ever before.

“Nevertheless, the drop in rents during the entire pandemic was not as deep compared to previous crises, and we also do not expect supply-side pressure on both rents and occupancies in the coming quarters in Asia-Pacific. With hybrid working being the way forward, occupiers are likely not over-committing to space the way they did in the past, which could modestly support stable leasing demand in markets that are already out of the woods,” said Li. 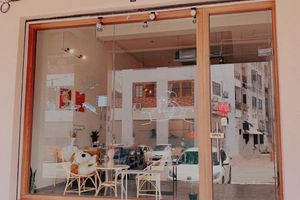 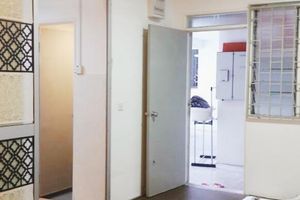 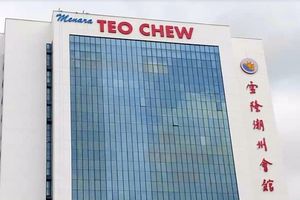