PUCHONG (May 30): IOI Properties Group Bhd on Friday (May 27) officiated the opening of a new interchange in Bandar Puteri Puchong, Puchong.

The interchange is located at the intersection of Lebuh Puteri and Persiaran Puteri, which is in front of IOI Galleria @ Puchong. The length of the 2-phase project is 2.35km and involves a total investment of RM90 million, which was wholly-funded by IOI Properties to improve traffic flow and connectivity in Bandar Puteri Puchong.

“It is one of our community projects to improve and upgrade the Bandar Puteri Puchong. With this new interchange, the local traffic flow is expected to have 90% improvement,” said IOI Properties Group CEO Datuk Voon Tin Yow during the press conference after the road opening ceremony held on Friday.

Ng said that not only does the new interchange ease current traffic, it is also a step closer to building a sustainable community here in Bandar Puteri Puchong.

Since 2016, upgrading and construction works on the interchange have been gradually completed in two phases, where the first phase involved the construction of a flyover from LDP to Lebuh Puteri Puchong, as well as a 35-metre covered pedestrian bridge and a covered walkway that connect the Puchong Financial Corporate Centre with the Perindustrian Puchong LRT station.

Meanwhile, the second phase involved the construction of a dedicated underpass for direct access into IOI Rio, an additional underpass beneath Rio City Interchange to smoothen traffic flow, as well as other infrastructure upgrades which include the construction of a pedestrian linked bridge from commercial area The Cube to Rio City, pedestrian crossing with signal lights, upgrading of street lights to LED lights, and a new walkway. 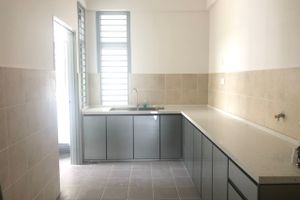 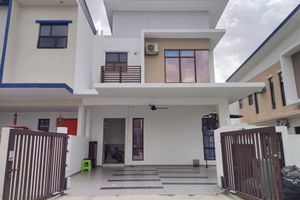 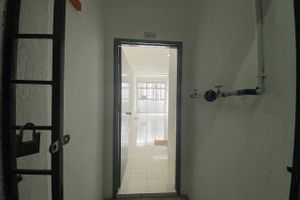