KUALA LUMPUR: Bina Puri Holdings Bhd’s reliance on its construction business for most of its existence has made its margins razor thin. But this could change in the coming years. Group executive director Matthew Tee Kai Woon said Bina Puri is trying to change its fortunes as its property development division now has projects that will keep it busy for the next five to six years and a future gross development value (GDV) of nearly RM3 billion.

“We have development projects in Kota Baru, Kuching, the Klang Valley; all over the country, virtually. So we will be quite busy for at least the next five to six years. We are also in negotiations to buy a piece of land big enough to build a township in northern Pahang,” Tee told The Edge Financial Daily.

He said Bina Puri plans to beef up the property development segment’s share of group revenue to 40%.

However, this could be a tall order for the time being. Based on Bina Puri’s audited financial statement for the financial year ended Dec 31, 2013 (FY13), the property development segment’s sales were RM74.35 million, a mere 7.03% of group revenue of RM1.05 billion.

Over 81% of Bina Puri’s revenue of RM858.45 million came from its construction division. Tee said that in the interest of winning project bids, this would result in slashing profitability. Bina Puri also has other businesses — quarry and ready-mix concrete, polyol and power supply segments. The latter contributed a steady income to the group.

Looking at the list of its ongoing property projects, Bina Puri has some gems. The Opus serviced apartment, for example, is a stone’s throw from the upcoming Menara Warisan Merdeka owned by Permodalan Nasional Bhd. Tee said he hopes the excitement around the skyscraper can benefit The Opus.

Furthermore, Bina Puri tied up for a joint venture with Syarikat Prasarana Negara Bhd for a mixed-development project comprising single office, virtual office, serviced suites and restaurants on an abandoned site in Brickfields. The project has an estimated GDV of RM1.28 billion.

“The really thin margins [due to the construction division] were one of our weaknesses. Next year, Bina Puri is celebrating its 40th year. But most of our assets are human capital, so now it’s our conscious effort to have recurring income and do asset building,” said Tee.

Currently, Tee said, Bina Puri is banking on its maiden shopping mall, The Main Place Mall in Subang Jaya, to generate steady income for the group. “This was an abandoned project dating back in 1998. The first developer failed to complete it, then the first white knight couldn’t make it as well and in we came in 2010,” Tee said.

Bina Puri purchased the infrastructure for about RM28 million, while it received financing from UOB bank to finance RM190 million for the construction.

Currently, the mall has an occupancy rate of over 80% of the 233,408 sq ft of the net lettable area (NLA), according to Tee, with an average rental of RM6 per sq ft. Back-of-the-envelope calculations show that Bina Puri stands to receive RM13.44 million from the rental. This does not include income from The Main Place’s car park. The deal with its tenants, he said, is either to pay the rental per sq ft or a percentage of the tenants’ sales, whichever is higher. Thus, Bina Puri could stand to gain more.


This article first appeared in The Edge Financial Daily, on May 26, 2014. 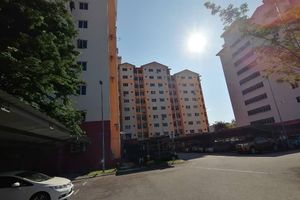 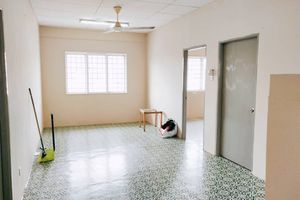