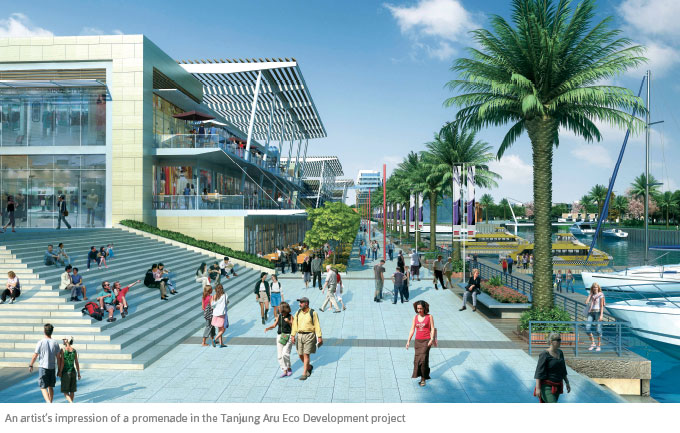 THE sunset at Tanjung Aru beach in Kota Kinabalu was breathtaking. The crimson hues spread across the sky had many whipping out their smartphones and DSLRs to capture the sun’s unabashed display of radiance.

More people will get the chance to witness this daily occurrence when the state government’s Tanjung Aru Eco Development (TAED) project is completed. The development was launched by Sabah Chief Minister Datuk Seri Musa Aman on Sept 16, 2013, to restore Tanjung Aru beach to its former glory as a tourist destination as well as enhance its vicinity.

Musa described the TAED as a “strategic initiative with strong state and federal support” to create a new gateway to unique tourist attractions in Sabah. “The master plan also places emphasis on community facilities, open space and landscaping and is supported by many sustainable environmental features,” he said.

The estimated gross development value of the project is RM7.1 billion and the TAED is aiming for Green Building Index (GBI) Township certification. The development will cover 299ha and more than 50% of the land is said to be reserved for public use.

At The Edge Malaysia Top Property Developers Networking Retreat, which was held from Oct 17 to 19, Adam, one of the presenters, gave a presentation on the TAED and how it will benefit the people of Sabah.

He enumerated Savills’ duties as: to prepare market research and a global marketing strategy; to review the master plan and ensure it reflects the current market; and to prepare a comprehensive development strategy, including budgets, staging, construction programme, sales and marketing plan, sales revenue targets, design and tender strategy, project cash flow and financial metrics for the project. “We also advise on what consultants will be required to complete the project,” he added.

The TAED will sit on about 70% reclaimed land. Tanjung Aru will be moved outwards and the revitalised beach will be 1.42km long and 50m wide, compared with 1.4km long and 25m wide now.

It will take 26 months to complete the land reclamation at a cost of about US$560 million.

(RM1.83 billion). Moreover, with an average plot ratio of 0.4, it will have about 1.2 million sq m of gross floor area. However, the plot ratio can be higher at different parts of the development, Adam said.

Since the launch of the TAED, there have been concerns about restricted public access to Tanjung Aru beach. Adam said the park and beach will continue to be public spaces.

“The Tanjung Aru Eco Development is an integrated project designed to be a premier ecotourism destination in Kota Kinabalu. The state government’s strongly articulated requirement is to preserve the natural beauty of the beach for future generations. The beach has seen better days as it is affected by erosion.  This development gives us the opportunity to reinvigorate and protect it,” said Adam.

He added that Prince Philip Park, the first public park in Kota Kinabalu that was opened in the 1950s, is also being revitalised. “It will take 12 to 18 months to rehabilitate the beach and park.”

Adam claimed that the environmental impact plan for the project (available on the Sabah government’s website) is of a “very high standard” and that Savills’ experience in many sensitive land developments throughout the region will be brought to bear.

The broad vision of the TAED is that the Tanjung Aru area will be a growth catalyst for Sabah, drawing investments and bringing about a steady rise in land values.

“This is to optimise the returns to the state,” said Adam. “The sale of the land blocks will fund the refurbishment of the park and beach and other public open spaces. The development will also create new demand for local businesses and new employment opportunities for the people.”

When the TAED is completed, it will have about 4,500 apartments, 150 villas and 475 terraced houses. The tallest tower will be eight storeys high and each tower will be spaced far from the others, resulting in an overall lower density and green urban spaces.

Six hotels will be built — one four-star, four five-star and one six-star. There will also be 60,000 sq m of retail space, which does not seem much, considering the overall size of the development and that it is meant to be a tourist attraction. This point was brought up by head of KLCC Property Holding Bhd company secretariat Juddy Lim.

Adam explained that the project initially had more retail space but this was scaled down to concentrate on “boutique retail and F&B — we wanted to avoid Fisherman’s Wharf being a shopping centre with big anchor tenants”.

To fund the massive development, including the revitalisation of the beach and Prince Philip Park, the project is divided into seven zones, each to be separately sold to developers.

Kumar Tharmalingam, senior adviser of Area Management Sdn Bhd, a private equity fund that develops gated industrial developments in Malaysia, said it would be better if the TAED is completed with its infrastructure in place rather than to sell the land in parcels. He cited the example of Iskandar Malaysia, where the ready infrastructure helped close deals quickly.

Adam explained that the proceeds from the sale of the land would fund the building of the infrastructure and that this would be done parcel by parcel to ensure that cash flow is managed well.

“The land will not be put on the market until it is reclaimed, serviced and the clean title created. So, when a developer purchases the land, it is ready for development,” he said. “The entire process for each parcel is going to be transparent and open. Our land sales will be by public tender, ensuring the best price for the state government and that developers have confidence in the sales process and have an equal and fair opportunity to secure the parcels they like.”

He added that as the development is applying for GBI Township certification, the requirements for this will be mandated to the developers who buy the land.

On the TAED being situated close to the Kota Kinabalu International Airport, Adam said the noise levels would be studied by a consultant and its recommendations implemented accordingly.

The creation of a new investment region just 6km from the Kota Kinabalu central business district could mean that the Sabah’s spectacular sunset will soon be enjoyed by a larger section of the public. 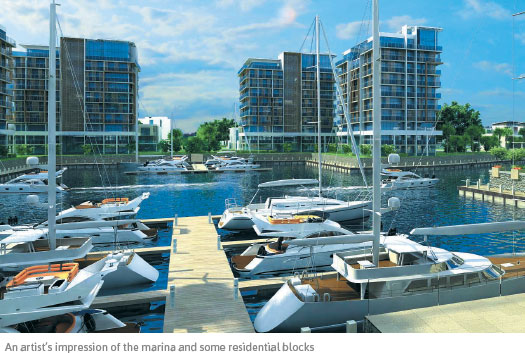 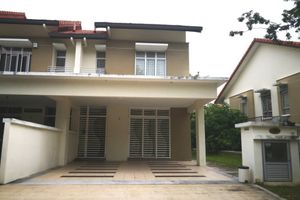