IJM Corp expected to be early winner of MRT 2 package

Maintain add with an unchanged target price (TP) of RM3.82: IJM Corp Bhd’s 1-for-1 bonus issue went ex on Tuesday and should help enhance the stock’s liquidity, particularly ahead of the positive construction outlook.

Tender and award phases for larger value jobs, both public and private sector-funded, are still in the pipeline, supporting our assumption that new jobs worth RM1.5 billion to RM2 billion will be secured over the next two years. This should mitigate the headwinds faced by its domestic property unit, which is backed by over RM30 billion of outstanding gross development value (GDV).

We retain our financial year 2016 (FY16) to FY18 earnings per share forecasts and target price, still based on a 10% revised net asset value discount. Likely catalysts in the medium term are construction-focused and include the Mass Rapid Transit Line 2 (MRT 2), supported by the group’s RM20 billion domestic tender book.

IJM’s 1-for-1 bonus issue resulted in the addition of 1.79 billion new shares and doubling of its share base. The bonus issue should reward shareholders and boost the stock’s trading liquidity. IJM’s outstanding order book of RM7 billion is both its all-time high and the highest in the sector.

Its order book strategy is still about being more selective. Higher-value infrastructure and building jobs like MRT 2 (tenders to commence in fourth quarter of 2015) still present pockets of opportunity. The focus, therefore, remains on execution. External jobs, which make up most of its record outstanding order book, provide good earnings visibility over the next two to three years. New contracts are also backed by the 11th Malaysia Plan.

For new jobs, we maintain our projection of RM1 billion to RM1.5 billion worth of potential wins in FY16 to FY17. At this juncture, the focus remains on the abundance of incoming domestic jobs, from both the public and private sectors. As at end-FY15, the group’s total value of jobs in tender and targeted for tenders stood at RM20 billion.

You should accumulate ahead of a recovery in job flows. We continue to expect IJM to be among the earlier winners of MRT 2 above-ground packages, the award of which should begin in the first half of 2016. Further potential catalysts are other medium-sized domestic building jobs, valued at between RM200 million and RM500 million each.

Construction prospects should continue to mitigate the weaker buying sentiment post goods and services tax, where there appears to be a sustained general softening in demand. Matching the RM1.8 billion sales achieved in FY15 remains a challenge. Over the longer term, its property business outlook is backed by 4,900 acres (1,982ha) of undeveloped land bank, with RM30 billion in potential GDV. — CIMB Research, Sept 8 This article first appeared in the digitaledge DAILY on Sept 10, 2015. Subscribe here.

Curious how much you can borrow? Use LoanCheck to get your maximum loan eligibility from various banks, or LoanReport to get a FREE CTOS/CCRIS credit report.
IJM Corp Bhd Mass Rapid Transit Line 2 11th Malaysia Plan Tender
SHARE
Facebook Twitter 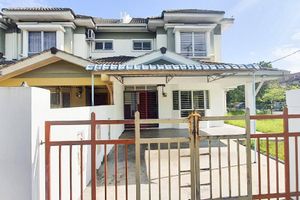 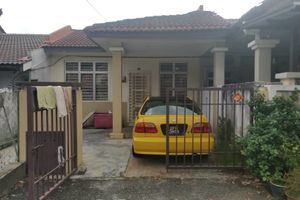