According to a CIMB Research report on April 22, Komtar would be a themed attractions-based destination, doubling its current net lettable area (NLA) and the space will be fully taken up by end-2015.

“We raise our financial year ending June 30, 2016 (FY16) and FY 17 earnings per share (EPS) forecasts by 12% to 18% to reflect higher rental revenue from the Komtar space and higher projected revenue from the observation desk on level 64.”

The research house believes that the Komtar revitalisation project will be a success.

“As a tourist destination offering themed attractions, a high-rise observation deck and a sky bar and dining under a single roof. Komtar will be another captive market business in addition to Genting Highlands, we believe.”

As Penang averages five to six million in tourist arrivals annually, CIMB Research believes that management’s target of one million visitors is conservative and achievable.

“We raise our observation deck visitor estimate from 600,000 to one million at unchanged blended revenue of RM15 per visitor, which is conservative as management expects to price the tickets at a higher rate.” 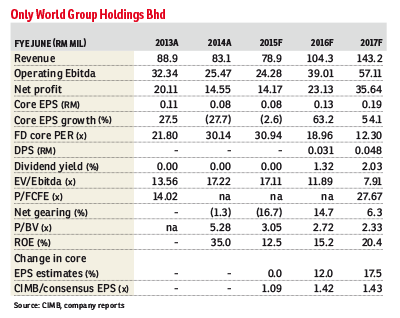 Looking for properties to buy or rent? With >150,000 exclusive listings, including undervalued properties, from vetted Pro Agents, you can now easily find the right property on Malaysia's leading property portal EdgeProp! You can also get free past transacted data and use our proprietary Edge Reference Price tool, to make an informed purchase.
Only World Group Bhd Komtar Penang Genting Highlands
SHARE
Facebook Twitter 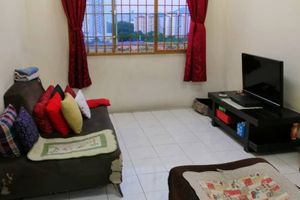 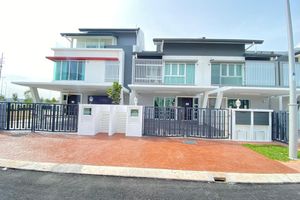 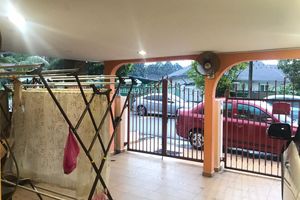