KUALA TERENGGANU: A Bangladeshi labourer died while four of his countrymen were injured, one seriously, when the steel scaffolding of Universiti Malaysia Terengganu's (UMT) Oceanography and Aquaculture Institute building collapsed this afternoon (March 29).

Terengganu Fire and Rescue Department director Pauzan Ahmad said the incident occurred at about 5.10pm when the workers were constructing a concrete water tank.

"While preparing the water tank on the fourth floor of the building at a height of 8m the scaffolding that several workers were on suddenly collapsed together with the concrete water tank which had not hardened.

"The concrete and steel rods then fell on several other Bangladeshi workers mixing cement below," he said, adding that one of the labourers was buried in the wet cement and died on the spot.

They were taken to the Sultanah Nur Zahirah Hospital in an ambulance for treatment. However, their identities had yet to be ascertained.

Personnel from the police, Fire and Rescue Department and Civil Defence Department were still at the scene as at 8pm to search for likely victims buried in the debris.

Construction on the four-storey building started on Dec 15, 2008, and was scheduled for completion on Oct 18 this year.

A consultant for the project, Sharif Dollah, in his 30s, said he was nearby  when he suddenly heard a roar.

"I saw several Bangladeshi workers fall from the scaffolding which collapsed and when I got near the scene I saw them bleeding and covered with the cement which was still wet," he said.

There were eight Bangladeshis working in the area when the incident happened, he said. -- Bernama
Looking for properties to buy or rent? With >150,000 exclusive listings, including undervalued properties, from vetted Pro Agents, you can now easily find the right property on Malaysia's leading property portal EdgeProp! You can also get free past transacted data and use our proprietary Edge Reference Price tool, to make an informed purchase.
SHARE
Facebook Twitter 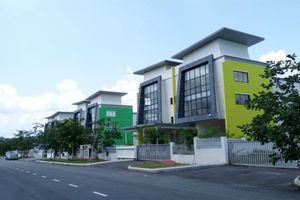 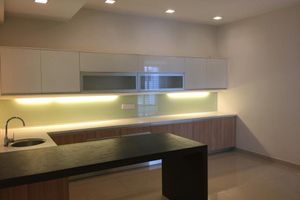 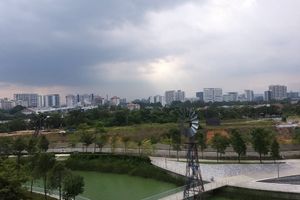 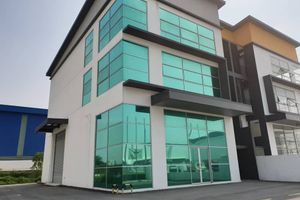