“The Asia launch will offer interested buyers an exciting opportunity to live in one of Australia’s most vibrant and emerging  neighbourhoods. With The York’s combination of spectacular interior and landscape design, exquisite detail, excellent location, and world-class services and amenities, we expect to see strong interest coming from [the Asia] region,” said sales manager Christopher Moreira.

All apartments include a secure car park, storage and bike racks. It is adjacent to a 1.4 acre park and 6km from the Melbourne city centre. 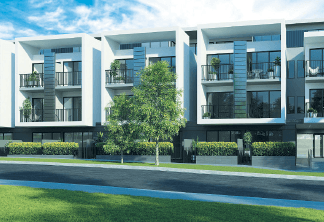 “We have a proud heritage of iconic residential sites in Melbourne from which we can draw on our experience. It gives our buyers confidence that we are delivering another quality, well-designed address in a unique and tightly held locale,” Moreira said.

A scenic hike and bike path directly to the city is 100m from The York. It enables residents to cycle to work in the central business district.

This article first appeared in The Edge Financial Daily, on January 23, 2015.