Trinity Aquata in Sg Besi to be launched in April

The project, which has a gross development value of RM270 million, will come up on 3.58 acres (1.25ha) of freehold land, said the group in a recent statement.

The development will comprise two blocks, each of them 26-storeys of 492 condo units on top of six storeys of parking lots, which will be linked by a landscaped bridge.

All the units will feature three bedrooms and three bathrooms, with built-ups from 1,179 sq ft, and each unit also comes with its own balcony.

Trinity Aquata has a three-tier security system that includes a panic button within each unit.

The project will feature 16 facilities which allow water to flow freely through seven water-effect zones, while residents can also entertain guests at the vivarium and sky terrace provided.

While the project is not officially launched yet, it is currently open for booking. 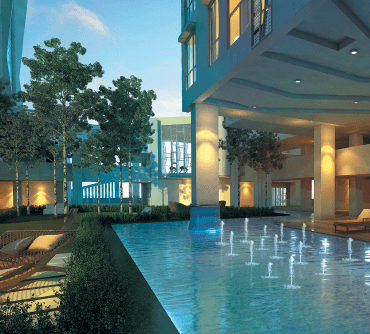 This article first appeared in The Edge Financial Daily, on February 27, 2015.