SINGAPORE (Dec 20): Property developer GSH Corporation, which has seen its share price nearly double over the last two months, is in talks to sell an asset it did not name.

“The company is in preliminary discussion in relation to a potential disposal transaction,” GSH announced late on Monday.

“No definitive legal documentation has been signed on the same matter,” said the company, which was responding to a query by the Singapore Exchange on its unusual share price movement earlier in the day.

The company, headed by executive chairman Sam Goi Seng Hui, is putting the finishing touches to the extensive refurbishment works of what was formerly known as Equity Plaza, at the end of Cecil Street.

The building, which has since been renamed GSH Plaza, is slated to serve as its new corporate headquarters.

Together with Goi’s private vehicle TYJ Group and other investors, GSH bought GSH Plaza from its previous owners, which included Keppel, for S$550 million, or S$2,181 psf of net lettable area back in June 2014.

In September, GSH launched a 632-unit high end residential development in Kuala Lumpur called Eaton Residences at prices ranging for RM1.14 million for a 635 sf unit to RM4.92 million for one spanning 2,874 sf.

It also owns a controlling stake in the Sutera Harbour Resort in Kota Kinabalu, which it bought for RM700 million back in Jan 2014. 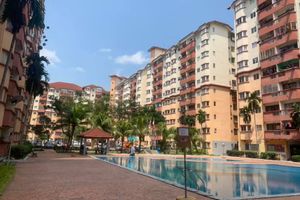