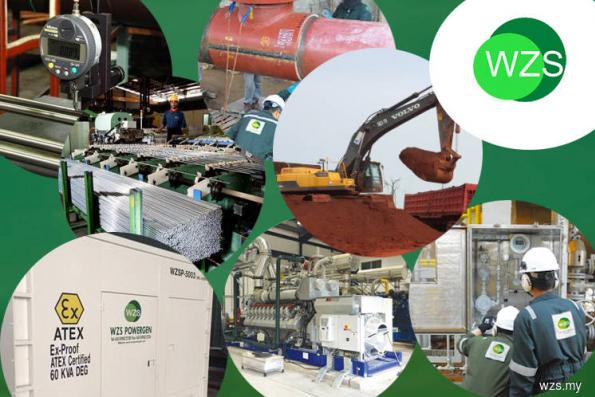 KUALA LUMPUR (May 21): WZ Satu Bhd announced that the price to purchase the entire equity interest in Cekap Semenanjung Sdn Bhd, which -- via Sinergy Dayang Sdn Bhd -- has a contract to build a mixed development property project in Pahang, has been reduced to a cash sum of RM7 million, from RM30 million previously.

WZ Satu said the reduction in cash sum was formalised after it inked a second supplemental agreement to vary the terms contained in the original share sale agreement (SSA), which was signed on Feb 10, 2017.

Previously, WZ Satu has proposed to pay for Cekap Semenanjung by allotting 29.41 million shares at an issue price of RM1.02, which works out to a total sum of RM29.41 million.

The payment was to be made to Tan Sri Kong Hon Kong, the founder-cum-executive chairman of funeral service provider Nirvana Asia Ltd.

In view of the cash payment, WZ Satu said it “will no longer issue any consideration shares to the vendors under the acquisition.”

According to WZ Satu, the reduced price tag was arrived on a willing-buyer, willing-seller basis, after considering Sinergi Dayang’s construction contract value of RM503.2 million, which is expected to contribute positively to the future earnings.

In addition, WZ Satu said, “Sinergi Dayang has yet to obtain the project commencement date for the final parcel of the Project.”

Cekap Semenanjung is the beneficiary owner of Sinergi Dayang, which had secured a RM503.2 million contract from Perbadanan PR1MA Malaysia to build a mixed development projects in Kuantan, Pahang.

The mixed development was expected to comprise of 2,426 PR1MA homes, together with related amenities and infrastructures, as well as 69 retail units.

Looking for properties to buy or rent? With >150,000 exclusive listings, including undervalued properties, from vetted Pro Agents, you can now easily find the right property on Malaysia's leading property portal EdgeProp! You can also get free past transacted data and use our proprietary Edge Reference Price tool, to make an informed purchase.
WZ Satu Cekap Semenanjung Sinergy Dayang PR1MA Pahang
SHARE
Facebook Twitter