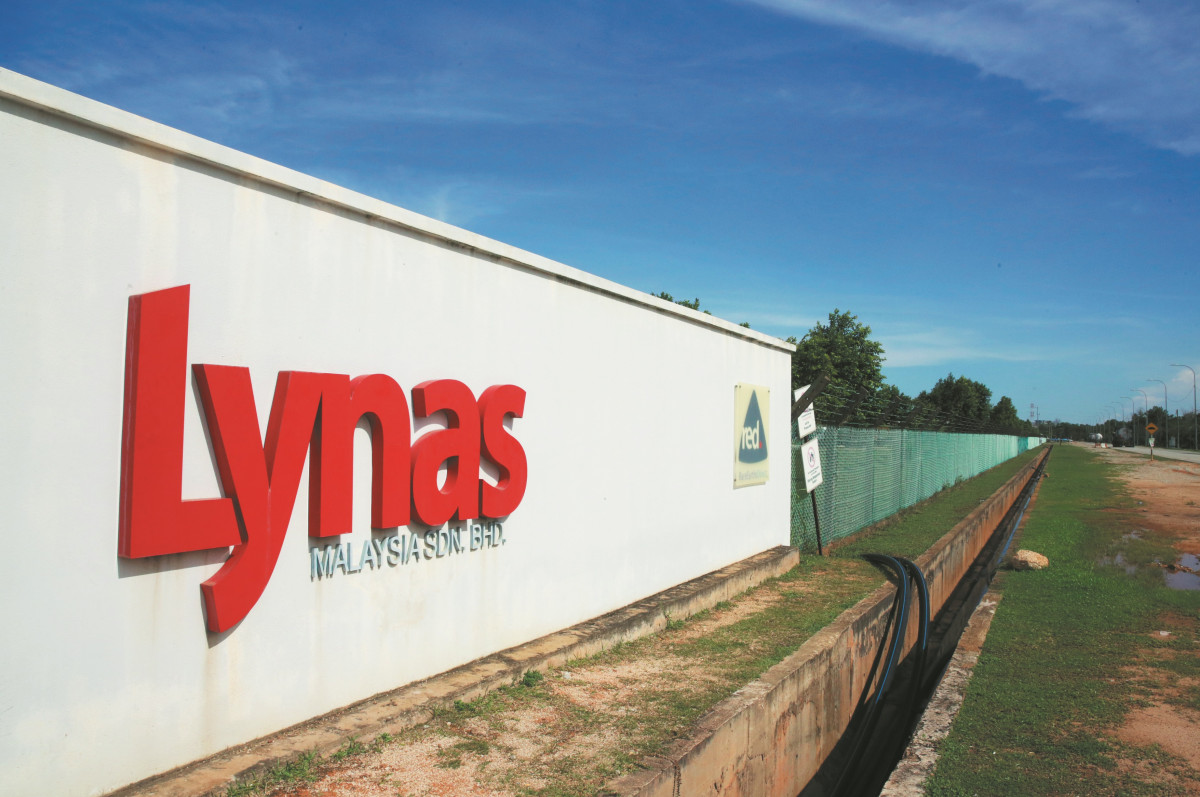 The directive applies to the plant’s accumulated water leached purification (WLP) residue — a solid waste that contains naturally occurring radioactive material (NORM) — and is part of two preconditions that Lynas’ unit, Lynas Malaysia Sdn Bhd, must meet for future renewal of licences or permissions, according to the ministry in a statement yesterday.

Lynas has a three-year temporary storage licence for the WLP residue that is up for renewal by September 2019. The WLP residue at the site now totals 451,564 tonnes. According to the ministry, records from the Atomic Energy Licensing Board, which regulates NORM residue, show that other companies store far less NORM residue and for far shorter periods compared to LAMP.

Besides WLP residue, LAMP also produces the neutralisation underflow residue (NUF), a type of scheduled waste regulated by Malaysia’s Department of Environment. Lynas has approval for temporary storage of NUF that is valid till Feb 15, 2019. Accumulated NUF is now at 1.113 million tonnes.

The second precondition pertains to this non-radioactive NUF: LAMP has to submit an action plan on the disposal of such accumulated wastes before its future applications for the storage of scheduled waste will be considered.

The ministry, which “views seriously the current accumulation of the two primary residues”, said Lynas and Lynas Malaysia had each presented letters of undertaking in 2012, indicating their commitment to remove LAMP residue from Malaysia, if necessary.

The decision to impose the preconditions was reached by the ministry following a detailed report by the Executive Review Committee on the operations of LAMP, which the ministry received last week.

In the report, the review committee had recommended that LAMP build a permanent disposal facility for the WLP residue, before the next renewal of its licence. But it also stated that LAMP should be prepared to remove the waste out of Malaysia, if the location for such a permanent facility is not identified.

The residue has been accumulating since the plant’s operations began in 2012 and stored at LAMP’s temporary residue storage facility, according to the ministry.

The latest development raises the question: Should Lynas fail to abide by the preconditions and consequently could not obtain renewals for its storage licences or permissions, is its operation in Malaysia still viable?

When contacted, a spokesperson for Lynas Malaysia said the company will release a statement once it has reviewed the report.

Lynas is listed and traded on the Australian Securities Exchange. Aside from LAMP, it has a mining and concentration plant in Mount Weld in Western Australia. Since May 9, its shares have dropped 25% to A$2.12 (RM6.48) yesterday, which gave it a market value of A$1.4 billion.

This article first appeared in The Edge Financial Daily, on Dec 5, 2018.