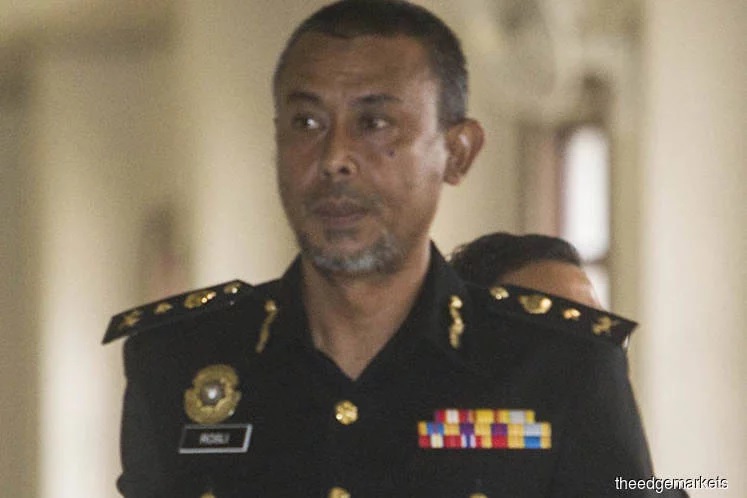 However, before the cross-examination begins the former premier will have to be at High Court Justice Collin Lawrence Sequerah's court for the case management of his 1Malaysia Development Bhd case.

This is probably to determine whether the 1MDB case can begin on Monday (August 26) or otherwise.

With regards to Rosli's testimony on Tuesday, he has so far maintained that the signatures on the AmBank documents including 15 cheques were admitted by Najib to be his and it was not forged.

The witness, that is the 57th called by the prosecution said the MACC had met and recorded Najib's statement three times namely Dec 5, 2015 and twice in May last year before the former premier was charged where Najib had never denies the signatures on these documents were his.

Rosli also told the court that the MACC took statements from 193 potential witnesses of which 57 including himself were called in the trial.

These included businessman Low Taek Jho and former SRC chief executive officer Nik Faisal Ariff Kamil whose statement were recorded overseas in 2015 but cannot be called as they are still missing.

The witness is expected to be grilled by defence co counsel Harvinderjit Singh for the duration of the day.

Against this backdrop The Edge is reporting today’s proceedings involving Najib, who is the highest ranking politician to be charged in court, live.