KUALA LUMPUR (Aug 30): The High Court today dismissed an application by the Umno Pekan division led by former premier Datuk Seri Najib Razak to strike out a forfeiture notice after it had failed to name its office bearers, but allowed the prosecution to amend the notice.

Justice Mohd Nazlan Mohd Ghazali said while the court acknowledged that under Section 9C of the Societies Act 1966, the office bearers should have been named in the forfeiture suit instead of the division, in the interests of justice this action is allowed to remain.

"The application by Umno Pekan to strike out (the notice of forfeiture) is dismissed," said Justice Nazlan in his brief oral decision.

Deputy public prosecutor Allan Suman Pillai told the court that the prosecution would undertake to amend the notice by Tuesday (Sept 3) and applied for a short case management date.

Justice Nazlan took note of this, but asked Umno Pekan to submit the necessary affidavit should they want to object to the amended notice.

The court directed Umno Pekan to file its affidavit within three weeks from today.

The judge also fixed next Friday (Sept 6) as case management, after the prosecution files the amended notice.

Reza told theedgemarkets.com that while the court has allowed the prosecution to amend their notice, its decision will have an impact on the suits against other entities, which name the organisations instead of the office bearers.

"This is the reason I will suggest to my client to appeal," he said.

To recap, the Malaysian Anti-Corruption Commission (MACC) is seeking to recover RM700,000 from Umno Pekan.

The division is one of the 41 entities from which MACC wants to recover assets said to have been paid for using funds from 1Malaysia Development Bhd.

Besides Umno Pekan, the graft-buster is also seeking RM212 million from Umno.

Looking for properties to buy or rent? With >150,000 exclusive listings, including undervalued properties, from vetted Pro Agents, you can now easily find the right property on Malaysia's leading property portal EdgeProp! You can also get free past transacted data and use our proprietary Edge Reference Price tool, to make an informed purchase.
High Court Umno Pekan MACC Johor Bahru
SHARE
Facebook Twitter 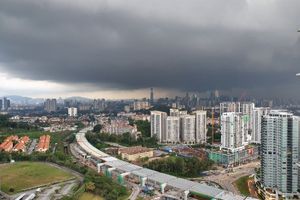