PETALING JAYA (Nov 14): The fast growing strata-titled property development trend in the country has highlighted the urgent need to effectively deal with issues and challenges arising from the evolution of strata-titled property ownership, strata-living as well as its upkeep and maintenance. This has led to a clarion call from stakeholders to amend the Strata Management Act 2013 (SMA).

In her welcome speech at the EdgeProp.my Fireside Chat on “Strata Management Act 2013 review: When?” EdgeProp.my managing director and editor-in-chief Au Foong Yee said there are many facets of the Act that require an urgent review, including the recent Court of Appeal’s decision on standardised maintenance charges for mixed developments.

“Hence, EdgeProp.my aspires to convey to the government the outcome of this discussion today for its feedback and action in the potential review of the Act,” she said. A number of issues were raised, along with suggestions for improvements to the SMA to foster harmonious communal
living.

According to Tan, the SMA and other rules and regulations are just guidelines to help resolve problems in strata living but “what we need is common sense”.

One of the issues discussed was the ruling by the Court of Appeal on Oct 4 to disallow Joint Management Bodies (JMBs) to charge different rates of service fees for different components within mixed developments.

In order to address this issue and provide better protection for all proprietors of mixed developments, the panellists urged the government to amend the SMA to allow the formation of subsidiary Management Corporations (sub-MC) upon the completion of each component in these developments while dividing limited common property at the planning stage.

“The early formation of sub-MCs can protect the interest of the owners in different components as they will be taking care of their own properties.

“And if we can form the limited common property on day one, we are actually helping the buyers to make informed decisions as they will know exactly what they are buying into and how much they have to pay for in the future,” said Tan.

Teo concurred, adding that it is often a prolonged process for the MC or sub-MC to be formed due to the delay in the issuance of strata titles in the country.

“We do not need to reinvent the wheel, as a lot of countries like the US and Australia already have laws and regulations in place that we can refer to,” said Teo.

Meanwhile, Soam noted that developers could plan for the formation of a sub-MC from day one and get SMA experts on board when they begin planning for a strata project in order to identify potential issues that may arise in the future.

“In line with this, the Act has to be amended in tandem, so that we can resolve these issues quickly,” said Soam.

MIPFM’s Adzman believes there is an urgent need for the government to review the practical application of the SMA to provide more clarity and also address certain loopholes in the law.

“We need to achieve that in order to ensure all the proprietors and residents of strata developments understand their responsibilities and live harmoniously. Last but not least, there should be more education initiatives to improve public awareness on strata living, especially JMB or MC members,” he
concluded.

The “outdated” regulations in the SMA have become an issue of contention among developers, owners and property managers. The process of amending the SMA takes time as in-depth studies are needed, and any amendment involves different government agencies. 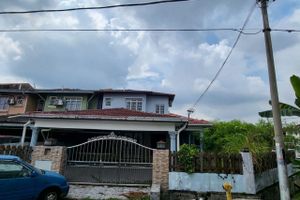