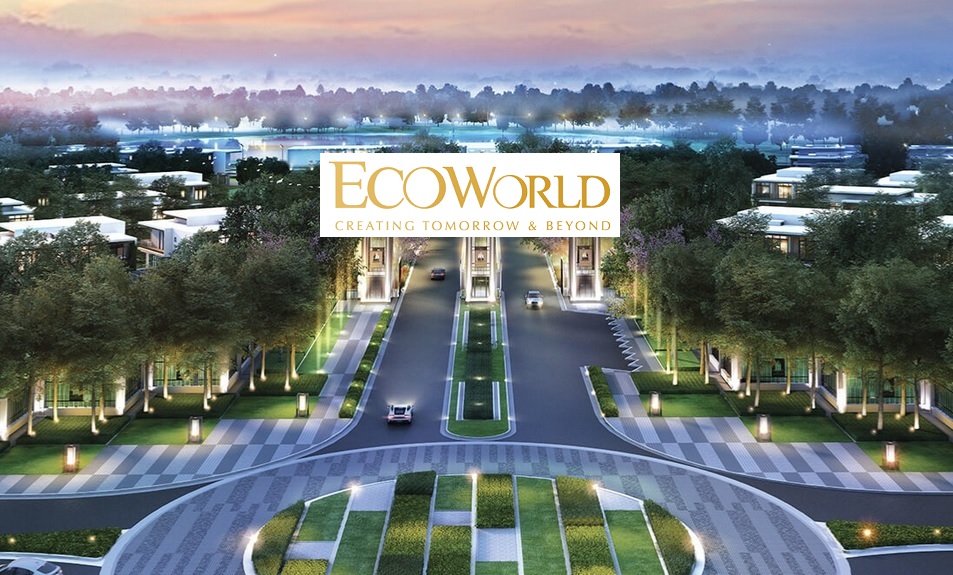 EcoWorld recorded new sales of RM2.7 billion in FY19 (RM3.1 billion in FY18) of which RM1.71 billion was secured in the first six months of the National Home Ownership Campaign which was launched in March. EcoWorld will be introducing a new range of homes priced between RM300,000 and RM450,000 for FY20.

EcoWorld’s 27%-associate Eco World International Bhd (EWI) registered a FY19 net profit of RM187 million compared to a loss of RM11.2 million y-o-y. This is mainly due to the completion and handover of two additional residential blocks at London City Island and the commencement of revenue and profit recognition of EcoWorld London’s built-to-rent sales.

EcoWorld’s gearing has improved from 0.75 times to 0.70 times y-o-y while interest coverage is still manageable at 2.6 times. Nonetheless, we believe the outlook for FY19 to FY21 remains stable, supported by unbilled sales of RM3.8 billion for EcoWorld Malaysia and RM1.3 billion for EWI and an increasing number of maturing projects in Malaysia and overseas.

We maintain our “hold” recommendation on EcoWorld with a higher FV of 73 sen (from 70 sen) per share. We revise our FY20 and FY21 earnings forecasts upwards by 5% and 3% respectively to reflect the timing of revenue recognition. We introduce our FY22 earnings forecast at RM213.2 million. — AmInvestment Bank, Dec 13 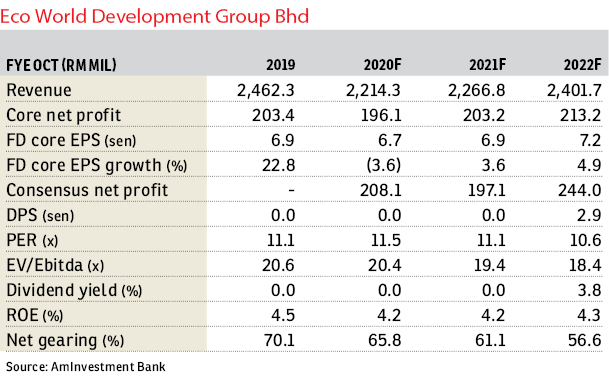