The report said Tomb-sweeping Day, also known as Qingming Festival, which fell on Saturday and is a Chinese festival when people pay tribute to the dead and worship their ancestors by visiting tombs and making offerings. Traditionally, these tributes involve burning incense and paper money, which causes fire risks and air pollution.

According to Xinhua, environmentally friendly online memorial services are gaining popularity in China especially this year since these services can help people prevent mass gatherings and reduce cross-infections of the novel coronavirus disease (Covid-19).

Huang Meiyun, a citizen in Changsha, capital of central China's Hunan Province, had set up an online "memorial hall" for her son.

As the festival approached, Huang took pictures of the favorite dishes that she made for her son and uploaded them onto the online platform. Decorated with her son's voice and pictures, the platform was filled with memories and love that the family had shared.

"I have written a lot of trivial things that happened every day on the platform to let my son know about our lives," she said. "This made me feel like he was with us."

"Although we also visit and sweep his tomb when the festival falls every year, we are more used to being with him using this online platform," she added.

"The platform and other online memorial services have been launched in the city, which help citizens write articles and upload pictures and short videos in memory of their deceased loved ones," Lian Min, an official with the funeral management office in Changsha, told Xinhua.

Customers can not only upload the pictures and short videos of their deceased family members and preserve them online forever through the service, but order offline services at the company's cemeteries and funeral service organizations in more than 30 cities across the country. Tens of thousands of customers have used the service since it was launched on March 12.

Hunan Revolutionary Cemetery in the city also set up an online memorial platform for martyrs who died in the Anti-Japanese War during World War II, where citizens could upload articles and videos in memory of them.

More than 4 million people have paid their respect to these heroes on the online platform as of 12pm Saturday, according to the cemetery's administration office. "It is our duty to mourn, honor, and remember our heroes," Chen Qian, an official with the office, said to Xinhua.

Li Jing, manager of a cemetery in Hefei, capital of east China's Anhui Province, received a special request from a customer who lived overseas.

"She said she dreamt that her father, who was buried in the cemetery, wanted to eat scrambled eggs with leeks, one of his favorite dishes, hoping we could make the dish for her father," Li said.

At her request, the staff at the cemetery not only made the special offering and cleaned her father's tombstone, but sent her a video of the whole memorial process.

"I was so touched after seeing the dish was laid down in front of my father's tombstone," said the customer. "My love for him will never stop."

According to Xinhua, a large number of cemeteries in Heilongjiang, Liaoning, Jiangxi and other provinces in China have launched similar memorial services, helping those who cannot come to the cemeteries in person clean the tombstones of their loved ones, offer flowers for them and provide other services.

Customers can order flowers and other offerings online and watch the memorial process through videos and livestreaming provided by the cemeteries.

"I am honored that I can help those who have lost their loved ones fulfill their wishes to mourn," said Yang Lingyun, a staff member at a cemetery in Lanzhou, northwest China's Gansu Province.

Many Chinese cities and provinces, including Guangzhou, Shanghai and Liaoning have suspended Tomb-sweeping Day activities considering the infection risk of Covid-19.

Around 9.78 million Chinese visited cemeteries to honor their deceased relatives during the three-day holiday for Tomb-sweeping Day last year, according to the Ministry of Civil Affairs.

The ministry this year asked civil affairs agencies at all levels to provide varied forms of tomb-sweeping services to meet the needs of the public.

Curious how much you can borrow? Use LoanCheck to get your maximum loan eligibility from various banks, or LoanReport to get a FREE CTOS/CCRIS credit report.
COVID-19 China Event Modernisation Online
SHARE
Facebook Twitter 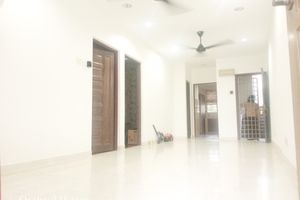 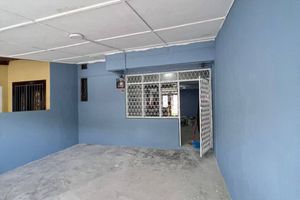 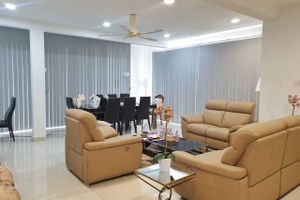