In a Thursday (Oct 7) statement to the Singapore Exchange, Aspen Group president and group chief executive officer Datuk Murly Manokharan said AVL and AVC on Wednesday (Oct 6) filed the defence and counterclaim against PDC's suit under which PDC issued the writ of summons endorsed with a statement of claim on April 1, 2021 in the High Court in Penang.

"AVL and AVC have made a counterclaim against PDC for, inter alia, damages amounting to a total of RM161.62 million (RM161,617,507.85) or such other sums as assessed by the High Court for damages for the losses incurred by AVL and AVC as a result of (alleged) misrepresentations and/or breaches of agreements between the parties.

"The suit (by PDC) is not expected to have a material financial impact on the consolidated net tangible assets or earnings per share of the group (Aspen Group) for the current financial year ending Dec 31, 2021," Murly said.

At the time of writing on Friday (Oct 8), PDC has not issued a statement in response to Aspen Group's Singapore Exchange filing on AVL and AVC's defence and counterclaim against PDC.

According to PDC's website, PDC was established on Nov 17, 1969 as a development agency of the state government of Penang.

PDC said it has been tasked with the responsibility of spearheading socio-economic growth, creating employment and improving the quality of life of the people of Penang.

"Its principal activities include being the government think tank, industrial park development, township development, urban redevelopment, affordable housing and investments. Since its inception, PDC has chartered new waters and its efforts in industrial and housing development have positioned Penang as a leading industrial, tourism and services hub in the region," PDC said.

Curious how much you can borrow? Use LoanCheck to get your maximum loan eligibility from various banks, or LoanReport to get a FREE CTOS/CCRIS credit report.
Aspen Group Penang Development Corp Aspen Vision Land Aspen Vision City
SHARE
Facebook Twitter 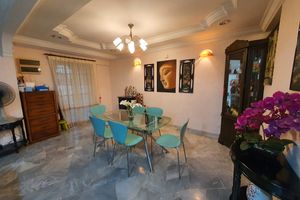