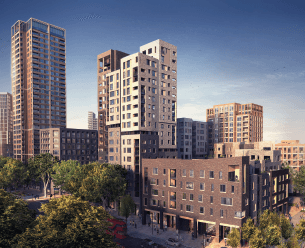 Lend Lease is partnering with Southwark Council to deliver around 3,000 new homes and over 50 new shops in the next 10 years in Elephant Park, which is located in Elephant and Castle. 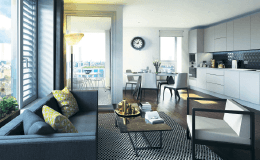 “Our vision is to create a vibrant Central London neighbourhood, where people from diverse backgrounds love where they live. The launch of West Grove marks another major step in our delivery of one of the most sought-after and sustainable places to live with the convenience of Central London’s Zone 1,” said Lend Lease project director (for Elephant and Castle) Rob Heasman in a press statement.

The apartments come with facilities such as 24-hour concierge service, a gym and function rooms. The apartments consume 30% less water and energy than an average home in London.

West Grove will be within close proximity to the Elephant and Castle tube station and 28 bus routes. It is a six-minute tube ride to central London and 16 minutes to Canary Wharf.

The Elephant Park development will be undertaken in five phases. It has a regeneration investment value of £1.5 billion and is scheduled to be completed by 2025.

C H Williams Talhar and Wong Sdn Bhd is the exclusive real estate agent for the project in Malaysia.