According to Geh, there were few significant launches in the third quarter of 2015. The reason was attributed to many developers deferring the release of new projects due to an unnaturally long delay in receiving their advertising permit and developer licences.

This delay — seen over the past 12 months — has affected the number of transactions as fewer sale and purchase agreements were signed, which in turn caused the property market’s statistics to be “abnormal” for 2015, says Geh.

However, he notes that real estate agents appointed as marketers for these delayed projects have been out and about gathering expressions of interest. “From what I observe, the demand is still strong. The projects are oversubscribed by more than two times. This means the optimism and demand is still there. It’s just that [prospective buyers] cannot sign the agreement,” he says.

However, the proposed RM27 billion Penang Transport Master Plan (TMP) has partially helped to make up for the lack of excitement in the primary market. Geh describes the plan, which integrates travel by land and sea, as well thought out, purposeful and very much a “people’s plan” that will benefit Penangites as a whole.

He adds that it is a “people moving system” as the light rail transit (LRT) component in particular will bring the island and the mainland closer in terms of physical distance and property prices. “This additional link will be a catalyst to turn not-so-popular areas into viable development areas because with the LRT, people can then move from one place to another with ease without worries of traffic jams and transport issues,” Geh says.

The LRT on the island is expected to start from Komtar in Georgetown all the way to the Penang International Airport at Bayan Lepas, with 26 stops proposed.

The LRT will link with a sea-crossing track to the mainland. Interchanges are proposed at Gelugor on the island and Taman Supreme on the mainland.

On the mainland, commuters can switch to the proposed Raja Uda-Bukit Mertajam Monorail, which will have 22 stations from Sungai Dua in the north of Seberang Perai to Permatang Tinggi in the south. Notable stations include Alma, Bandar Perda, Sunway Carnival Mall and Penang Sentral.

Geh believes that the TMP will effectively cool the island’s overheated property market as people will be able to live on the mainland and travel easily to and around the island. “This connectivity and easy accessibility will result in equitably priced properties both on the island and the mainland while relieving the heavy pressure on prime property sites on the island,” he says. “Housing prices will be more equitable throughout the state, instead of being imbalanced like it is now. There is currently more demand for housing on the island compared with the mainland.”

He suggests that the Penang International Airport be expanded to accommodate wide-bodied jets. This will enable long-haul flights and direct flights to land there.

He notes that as a major airport that already sees six million passengers annually, it should be upgraded to allow more direct flights to further boost passenger numbers and the state’s tourism sector and investments.

“An expansion of the airport will also complement the TMP, along with the proposed land reclamation near the airport,” he says.

This article first appeared in City & Country, a pullout of The Edge Malaysia Weekly, on Jan 25, 2016. Subscribe here for your personal copy. 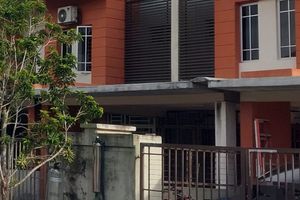