SUBANG JAYA (Feb 26): Titijaya Land Bhd will be unveiling the last block of its H2O Residences at Ara Damansara in Petaling Jaya early next month, according to the company’s executive director Charmaine Lim (pictured, below).

Launched in early 2015, H2O has a total GDV of RM794.1 million. It consists of four residential blocks that house 1,375 serviced apartments. 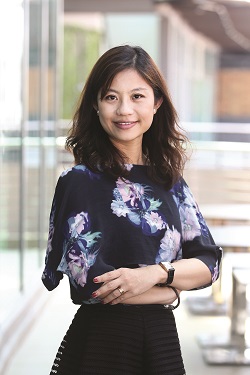 She said currently 70% of the launched H2O residential units have been taken up. This freehold development on a 263,059 sq ft site is expected to be completed by 2019.

On the high-rise homes market, Lim noted that location remains the main consideration for home buyers even in a slow market as they will still choose to own properties in good locations and with reasonable pricing.

“For instance, H2O which is located within an area with convenient amenities such as Tesco, Ara Damansara medical centre, shopping malls, light rail transit (LRT) station, hotels and the Subang Airport, has enjoyed overwhelming take-up and we are not delaying the launch of the final block,” she added.

Apart from H2O, the company is also planning other high-rise developments such as Riveria in Brickfields, Kuala Lumpur and a serviced apartment project in Klang Sentral, as well as Areca in Penang — a joint venture development with Bina Puri Holdings Bhd.

Riveria is a mixed development comprising retail units, small office, home offices (SOHOs), and serviced apartments. It has an estimated GDV of RM1.4 billion with a total land area of 200,376 sq ft. Strategically located in a prime area, it is easily accessible via roads and public transportation and lies within the vicinity of the KL Sentral railway station which offers hotels, shopping malls and offices.

Meanwhile, the Klang Sentral serviced apartment project has an estimated GDV of RM700 million. The developer, Lim said, has yet to finalise the overall plans for the project.

As for its first Penang project Areca in Batu Maung, it has a land area of 889,530 sq ft and an estimated GDV of RM2.6 billion. The development comprises four blocks of condominiums and four blocks of offices.

Interested in property investments in Ara Damansara after reading this article? Click here to check out the properties there.