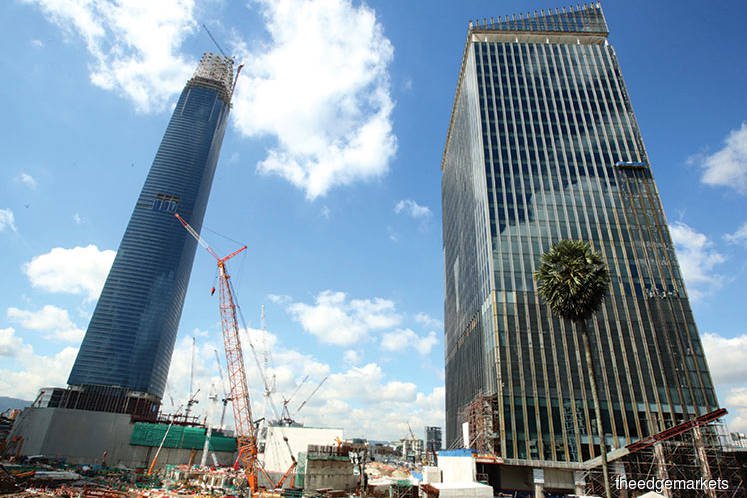 "Petronas Twin Towers only reached full occupancy for the second tower with total space of 1.25 million sq ft after 10 years. The first tower was already pre-committed to Petronas but the balance of 1.25 million took a decade to reach 90% take up in 2007, 2008," she said, in response to a question from the audience on what she thought of TRX.

* Here are six ways to improve demand for Klang Valley offices, according to Jones Lang Wootton

* Time to pander to millennial shoppers

On the TRX, Malathi questioned whether there is a need for another huge commercial development as there was already ample commercial space within the Kuala Lumpur City Centre when the TRX was planned years ago.

Malathi noted the pre-commitment by HSBC, Prudential and Affin Bank to take up their respective portions of the TRX development for their headquarters, which she said was fine. She, however, said only 15% of TRX's office space has been committed so far.

"There is 2.65 million sq ft of space and they say it's 15% committed. They have been marketing for two to three years, so what are the chances of it going up? My take on it is that it will take a long time.

"The question is which other companies are they going to bring in? Pre-commitment is something that needs to be looked at. If it's left to the open market, I don't think people would be rushing to occupy the space," she said. — theedgemarkets.com