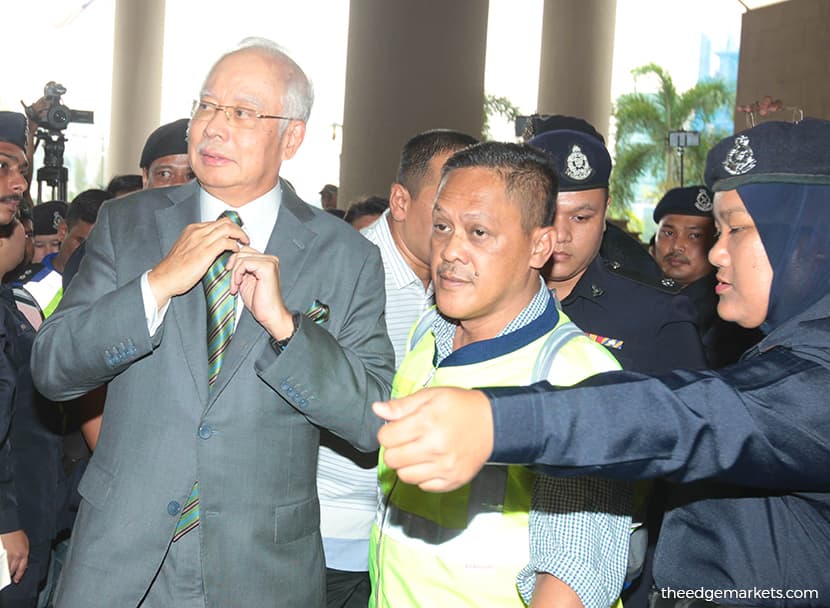 "This is the third postponement sought and this court is of the view that it cannot grant another postponement following the court practice directive.

"Hence the trial will begin on Aug 19," Justice Sequerah said.

The case management hearing on July 15 has also been vacated, he added.

The other dates fixed for the 1MDB trial are Aug 19 to 29, the whole of September and October except Fridays and the first two weeks of November.

Over on the defence team are lawyers Harvinderjit Singh, Rahmat Hazlan and Farhan Shafee.

Former premier Najib is facing 25 charges relating to graft and money laundering of RM2.28 billion that had allegedly come from 1MDB which were chanelled through Tanore Finance Corp.

Looking for properties to buy or rent? With >150,000 exclusive listings, including undervalued properties, from vetted Pro Agents, you can now easily find the right property on Malaysia's leading property portal EdgeProp! You can also get free past transacted data and use our proprietary Edge Reference Price tool, to make an informed purchase.
Tommy Thomas Najib Razak 1MDB Collin Lawrence Sequerah
SHARE
Facebook Twitter