News reports said there were five positive cases on Thai AirAsia X’s XJ808 flight on July 10, which led to the regulator deciding on the one-week ban on Tuesday (July 14).

Due to this, the Civil Aviation Authority of Thailand (CAAT) has planned to enforce a new rule requiring passengers on Thai-owned chartered flights or special flights transitioning through Thailand to have a valid Covid-19 clearance certificate, according to the Bangkok Post.

Quoting CAAT director-general Chula Sukmanop, the publication reported that the new requirement will also apply for flights that make a refuelling stop in Thailand without passengers leaving the aircraft.

This is to prevent Thai airlines from being blacklisted by authorities in destination countries in the event a Covid-19 infection is detected on their flights, said Chula, citing the Thai AirAsia X and Thai Lion Air flights.

The Thai AirAsia X flight originated in Malaysia and was bound for Tianjin, China, before making stops in Manila and Thailand along the way.

The passengers of both flights were reported to have tested positive for the virus at each destination airport.

theedgemarkets.com has contacted the AirAsia group for comments, although the airline has yet to respond at the time of writing.

Looking for properties to buy or rent? With >150,000 exclusive listings, including undervalued properties, from vetted Pro Agents, you can now easily find the right property on Malaysia's leading property portal EdgeProp! You can also get free past transacted data and use our proprietary Edge Reference Price tool, to make an informed purchase.
AirAsia X Flights China COVID-19 Ban
SHARE
Facebook Twitter 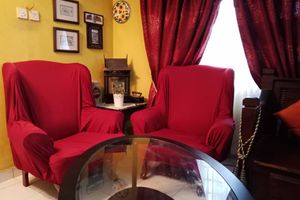