Do not pay beyond 50% until property fully redeemed by developer

Do not pay beyond 50% until property fully redeemed by developer
Datuk Chang Kim Loong / EdgeProp.my January 29, 2021 | Updated 1 year ago It sounds incredulous, but banks had initiated foreclosure proceedings against homebuyers, not because the latter had failed to pay their instalments, but to recover loans which their developers had defaulted! And this was legal because the developers had secured their loans by using the purchasers’ houses as collateral!

The crux of the problem was that the Housing and Local Government Ministry’s (KPKT) prescribed sale and purchase agreement (SPA) allowed developers to build houses with the instalments of the purchase price paid by purchasers from the day the SPAs were signed.

Worse, the developers were allowed to borrow from banks on the security of the purchasers’ properties. The purchasers’ consents to any additional, post-sale loans were taken for granted.

In fact, the purchaser could not withhold his or her consent as long as he or she received some fig-leaf protection from the developer’s bank in the form of an undertaking not to foreclose.

The developer was allowed by the SPA to borrow on the security of the entire housing estate including the purchasers’, as yet un-subdivided and undeveloped. The developer did this for the first time before the property was sold to the purchaser via the presale loan.

At this stage, the developer borrowed on the security of the entire housing estate to meet the initial expenses of developing it. This is understandable, perhaps even necessary, under the sell-then-build system. This is referred to in the recitals:

“AND WHEREAS the said land is charged to … as security for the financial facility granted to the vendor (developer).”

The presale loan taken by the developer should be enough to enable the developer to meet all the initial expenses of a housing development. As soon as SPAs were signed, the developer would receive the deposits and progressive payments from purchasers at each stage of construction, which would be enough to pay off the presale loan and to meet the expenses of construction, and at the end of the construction period, no more payments would accrue to the developer from purchasers. Hence, Clause 3(1) concluded: “The proprietor and the vendor hereby undertakes (sic) that the said Property shall be free from encumbrances immediately prior to the Purchaser taking vacant possession of the said Property”. This simple arrangement gave the developer the comfort of using the purchase price to meet construction cost and other related expenses as governed under the Housing Development Account, and gave the purchaser the assurance that the developer’s charge would be removed.

The settlement of the developer’s charge was achievable though there was no mechanism to ensure it. Developers were expected to, and in a majority of instances, they did use a portion of each instalment of the purchase to clear the presale loan and the charge they had created on the purchaser’s subdivided lot and achieve a safe position for the purchaser. However, it was based on serendipity.

The National House Buyers Association (HBA) has received numerous complaints where developers had failed to redeem from the onset but instead paid off the redemption sum at the last stages of the schedule of payment. Some developers did not even redeem when delivering vacant possession and buyers were left to fend for themselves.

HBA had vehemently insisted for the redemption sum to be quantified, in no uncertain terms, and disclosed in ringgit and sen in the preamble to the standard SPA to ensure that unsuspecting cash purchasers especially, must know that a sum is payable for redemption purposes.

KPKT eventually introduced a new clause — 3(4) of the Schedule G — SPA (as provided by the HD Regulations, amended 2015):

Clause 3(4) — A proportion of such part of the instalments envisaged in items 2(a), (b) and (c) of the Third Schedule as may be agreed between the Developer and its financier (taking into account the redemption sum) and which proportion shall be informed to the Purchaser separately in writing shall be applied towards settlement of the redemption sum in full.

We believe that Clause 3(4) was instead drafted by the Attorney-General Chambers, in lieu thereof, to ensure that the redemption sum for the property in question does not exceed 35% of the purchase price. Hence, the provision that items 2(a), (b) and (c) of the Third Schedule, which total 35% of the purchase price, are to be utilised for payment of the redemption sum. Unfortunately, Clause 3(4) now provides for monies in excess of 50%, instead of 45%, to be not payable until the redemption sum is fully paid by the developer. In our humble opinion, we feel that the expression “in excess of 50%” is a mistake as it should be 45%. We are hopeful that the mistake will be rectified in future amendments. We stand corrected.

Until the necessary amendment is made, it is our hope that developers’ banks will cap redemption sums to a maximum of 35% of the purchase price.

Buyers should take a small quantum of loan, even if they have sufficient cash. You don’t have to take a 100%, but take an end-financing loan so that the bank will do all the due diligence practices and so you can deal with the bank which operates in a highly regulated environment. Cash buyers place themselves at high risk if they do not know how to safeguard their own interests.

The same goes for buying second-hand cars where the bank, in a hire-purchase facility would run a check on the customs and excise tax, import permits, engine numbers, blacklisting by the police and so on.

Although bridging banks may not be privy to the SPA, buyers are similarly not privy to the developers’ bridging loan arrangements. However, shouldn’t details of buyers and developers’ sales be made readily available to the banks in the form of quarterly status reports as demanded of them in the Debenture and Facilities Agreement? The banks should find out if the developers have signed up any cash buyers. This is the least our financial institutions could do to prevent unscrupulous developers from cheating the system.

This is Part 2 of an article by HBA.

Read the first part here: Are foreclosures by banks possible even after you have paid promptly?

This story first appeared in the EdgeProp.my e-weekly on Jan 29, 2021. You can access back issues here. 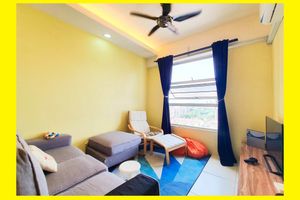