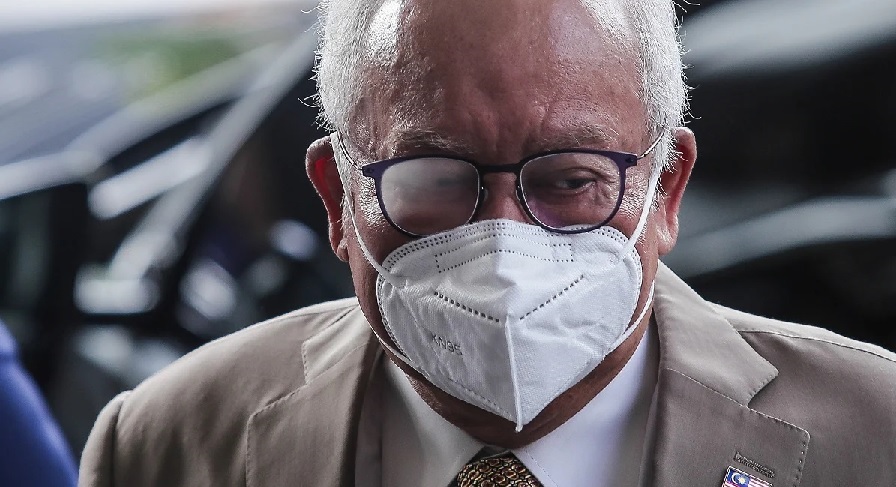 PUTRAJAYA (Oct 21): Datuk Seri Najib Tun Razak (pictured) and his son Datuk Mohd Nazifuddin were granted an interim stay of execution pending their bid for leave to appeal at the Federal Court against the summary judgment obtained by the Inland Revenue Board (IRB) against them over unpaid income tax arrears at the High Court.

In a unanimous decision on Thursday morning, a three-judge bench led by Datuk Azizah Nawawi agreed with Najib and Nazifuddin’s contention that there were special circumstances which warrant the interim stay of execution.

“This is our unanimous decision, we find that there are special circumstances that warrant us to exercise our discretion to allow the interim stay of the execution of the summary judgment until the hearing of leave application in the Federal Court,” she said this morning via Zoom proceedings.

The other two judges who made up the quorum were Datuk Che Ruzima Ghazali and Datuk Gunalan Muniandy.

Najib and Nazifuddin, who were represented by lawyer Tan Sri Muhammad Shafee Abdullah, were seeking a stay of execution of the Kuala Lumpur High Court order pending leave to appeal to the Federal Court against the decision while senior federal counsel Dr Hazlina Hussain, who is acting for the IRB, argued against granting the interim stay before the judges made their decision.

On Sept 9, the Court of Appeal affirmed the High Court's decision to allow the IRB's applications to enter summary judgment to recover tax arrears of RM1.69 billion from Najib and RM37.6 million from Nazifuddin.

On the same day, a Court of Appeal three-member panel led by Justice Datuk Abdul Karim Abdul Jalil had allowed an interim stay application brought by Najib and Nazifuddin with conditions that they filed their notice of motion and stay application by this week.

A summary judgment is when the court decides a particular case summarily, without calling witnesses to testify in a trial.

They had appealed to the Court of Appeal against two previous High Court rulings.

On July 22 last year, High Court judge Datuk Ahmad Bache allowed the IRB's application for a summary judgement to be entered against Najib in its suit to recover the RM1.69 billion in taxes from the latter for the period between 2011 and 2017.

As for Nazifuddin, High Court judge Ahmad Zaidi Ibrahim had on July 6 last year ordered him to pay RM37.6 million in unpaid taxes to the IRB, after allowing the board’s application to enter a summary judgment against him in its tax arrears suit seeking to recover the unpaid amount from him between 2011 and 2017.

Najib and Nazifuddin subsequently filed separate notices of motion on Sept 14 this year to the Federal Court seeking leave to appeal against the Court of Appeal's decision in dismissing their appeals.

They sought the Federal Court to determine nine legal questions.