The National House Buyers Association (HBA) refers to recent media reports where Housing and Local Government Minister Zuraida Kamaruddin has proposed to introduce a Residential Tenancy Act (RTA) which is to be tabled in Parliament next year.

If the RTA is to be made law, top of its objectives must be to protect the legitimate interest of landlords against errant tenants and protect tenants against irresponsible landlords.

From HBA’s observation, many landlords have problems evicting recalcitrant tenants who continue staying on a property but refuse to pay rent or who do not maintain the property or damage the fixtures and fittings, leaving the property in a “war-zone” condition.

At the other end of the spectrum, there are landlords who raise rents arbitrarily, refuse to rectify repairs in their properties which may be in dilapidated conditions, withhold tenants’ security deposits without reason, or find excuses to deduct non-existent damage to lessen refunds to tenants.

Currently, both landlords and tenants need to institute legal actions through the courts of law to recover payments or enforce their rights under their tenancy agreements, which can be costly. The rental arrears or deposits owing may be less than the legal fees incurred under disputes for such claims.

In addition, should short home-stay programmes such as Airbnb come under the RTA, when occupants of these properties flout management rules, incurring the wrath of neighbours and residents within a development? What about the rights of residents’ associations in gated-and-guarded communities and management bodies for stratified properties which are sometimes inadvertently involved in tenancy disputes?

HBA is concerned with the intended scope of this RTA as it also aims, as was reported, to cover matters such as “rent control” for housing areas and perceived racist practices on potential tenants.

HBA is of the view that the proposed RTA, should not include both of these areas for the below reasons. Rental is always based on free market

If the government is going to interfere with rental for residential housing, there will be calls for the government to also interfere in rental for commercial properties. The government will then be forced to cap rentals for even shopping malls, food courts, restaurants, office buildings, etc, and this will definitely drive away all local and foreign investors.

It was reported that one of the reasons the government wants to cap rental is to exert some control for low-cost housing projects.  The minister was reported to have said: “Some irresponsible ones have been charging higher rates to foreigners”.

HBA wishes to remind the minister that low-cost housing is meant for owner occupation and not allowed to be rented out. To say that the government is allowing low-cost properties to be rented out, what more to foreigners, is a betrayal of the purpose of building such low-cost housing properties in the first place, which is to provide a roof for the poor and should not be used for property speculation.

HBA has been calling for stricter enforcement of existing rules to ensure that low-and also medium-cost properties are not rented out to third parties and are allocated to the correct target group.

Owners have the right to choose their tenants

Every house owner must have the right to choose whom they want to rent to. Different owners have different criteria based on their past experiences and individual preference, and whilst HBA does not support using race as a criterion, the fact remains that the landlord should not be compelled to rent to a tenant he or she does not wish to. It is the prerogative of landlords to choose their tenants. Choosing or profiling is a methodical risk management practice based on quantifying qualitative attributes of tenants. One can’t possibly be expected to rent to a potential tenant who is problematic from the onset.

The proposed RTA cannot take away the indefeasible rights of property owners which include the right to dispose and lease/rent the property to anyone of their own choosing.

Instead, HBA calls for the minister to ensure that the rights of both tenants and landlords are protected in the following key areas under the proposed RTA: Perhaps the RTA should incorporate the common terms already in use in most of the tenancy agreements in Malaysia with additions for better safeguarding of both the landlord and tenant. The RTA should strive to have standard terms and conditions for a tenancy agreement where the rights, duties and remedies are balanced between the landlord and tenant as well as the quantum of security deposits, tenure of tenancies and options thereof.

If the law is going to be passed, it is necessary to protect the interests and regulate tenancy practices of both landlords and tenants alike. The RTA should provide a much-needed solution to the problems in the tenancy segment. We suggest instituting a quasi-court in the form of a Tenancy Tribunal for certain in trivial disputes as an alternative dispute resolution to the current courts of law, which are not only expensive, but also time consuming.

Last but not least, if there is seriousness in proceeding with the RTA, we suggest that close monitoring of landlords and tenants be carried out perhaps by a system to identify errant landlords and wayward tenants. Such information, or rating of landlords and tenants via a black-listing/rating system/database should be then made available to the market, to assist other landlords and potential tenants in their decision-making before executing a tenancy agreement. The question is whether the ministry is capable of undertaking the additional tasks. This story first appeared in the EdgeProp.my e-Pub on Aug 21, 2020. You can access back issues here. 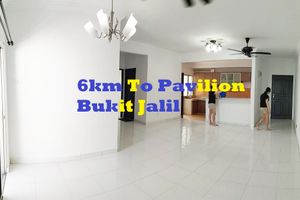 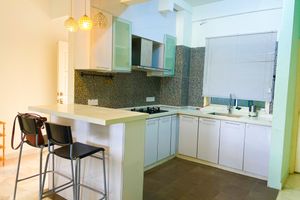 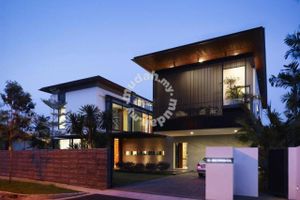