As Pakatan Harapan swept to an unexpected victory in the 14th general election (GE14), it did so on the back of many promises that fell into two categories.

One was to clean up corruption, particularly relating to the 1Malaysia Development Bhd (1MDB) scandal, and to restore institutional governance frameworks eroded over 61 years of Barisan Nasional rule.

The other comprises pledges that it said would relieve cost of living pressures on Malaysians, which were burning holes in their collective pockets.

One year on, the PH government’s performance is one of two halves: while it has met expectations on the governance and corruption front, it has fallen short on the promises related to the economy that it proclaimed would reduce the cost of living within 100 days.

And this shortfall is now fuelling resentment and dissatisfaction against the fledgling federal government, a point acknowledged by Prime Minister Tun Dr Mahathir Mohamad in January.

The cost of living in particular is seen as a pressure point that is now persuading the PH government to emphasise growth moving forward.

Then there is the broken promise to allow lower-income earners to postpone repayment of their National Higher Education Fund Corporation (PTPTN) loans; abolish toll charges across all highways; and to fix petrol prices at RM1.50 per litre.

Other outstanding promises include a pledge to create one million job opportunities. To be fair, some of these promises were declared as ongoing by PH leaders.

While the first 12 months of PH rule is seen as a period of reset and clean-up, how it goes about managing economic growth to ensure the benefits are felt by the people will be key.

“In our view, the government’s approach to help relieve the [effects of the] rising cost of living on low and middle-income households must be two-pronged: income-based and cost-based,” says Lee Heng Guie, executive director of the Socio-Economic Research Centre (SERC).

Lee says the cost-based approach should involve reforms that remove existing industrial policies and regulations that only serve to raise prices of basic goods and services, that hurt the lower-income groups.

The income-based approach should aim to directly raise the incomes of the vulnerable groups, for example, via cash transfers, tax breaks and minimum wage increases, he adds.

It is not to say that the PH government has not tried. For example, it has maintained some of the previous government’s initiatives, such as the direct cash aid programme called Bantuan Rakyat 1Malaysia (BR1M), which has been renamed Bantuan Sara Hidup (BSH).

Among others, it also drove reductions in broadband costs by a quarter in 2018, while also introducing monthly travel plans via public transport in the Klang Valley that saved money for urban commuters.

From Jan 1, the government raised the minimum wage nationwide to RM1,100 from RM1,000 in Peninsular Malaysia and RM920 in Sabah and Sarawak. Note that the initial increase was to RM1,050, but public outcry over the quantum saw it raised further to RM1,100.

Another notable initiative is the rollout of MySalam, an insurance scheme tailored for B40 households, in January. The scheme is expected to benefit 3.69 million Malaysians aged 18 to 55, whose households earn RM3,000 a month or less, according to the government.

MySalam is funded with a RM2 billion contribution by insurer Great Eastern in exchange for a permanent exemption from a government requirement that 30% of its shares are owned by Malaysians.

Another notable drive to tackle the cost of living is the government’s scrutiny of monopolies, especially in four key sectors — rice imports, medicine, licence renewal and vehicle inspection — spearheaded by the Ministry of Domestic Trade and Consumer Affairs.

“This (scrutiny on monopolies) is certainly a positive sign, but dramatic improvements will take time,” comments SERC’s Lee.

Ultimately, tackling cost of living woes will take the government back to the need to address structural economic issues, including the removal of protectionist tariffs and high market barriers to entry that raise prices in many industries to the detriment of consumers.

“In tackling the issues of cost of living, we must create a level playing field of competition across the supply chain as well as distribution channels of goods and services that exert influences on final prices,” concludes Lee.

Looking for properties to buy or rent? With >150,000 exclusive listings, including undervalued properties, from vetted Pro Agents, you can now easily find the right property on Malaysia's leading property portal EdgeProp! You can also get free past transacted data and use our proprietary Edge Reference Price tool, to make an informed purchase.
Cost of living Pakatan Harapan
SHARE
Facebook Twitter 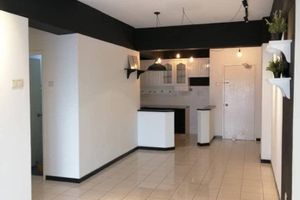 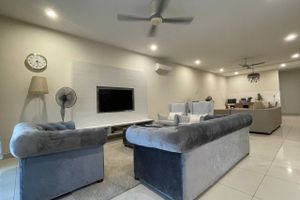